They Find a New Peak Traffic Hour in CDMX 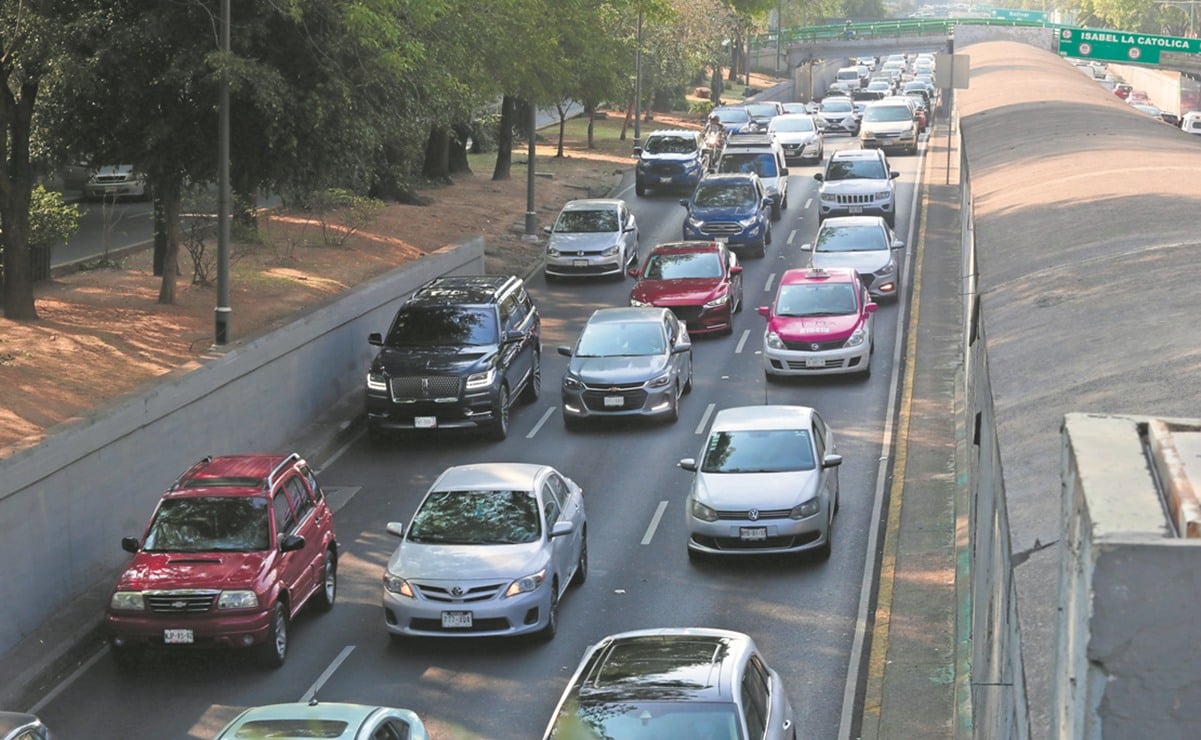 In recent months, the capital’s government reported a 20% reduction in morning road traffic, compared to 2019, but the city revealed a new rush hour: around 2:00 a.m. more traffic congestion than three years ago. .

The Ministry of Mobility (Semovy) attributes this change to the fact that the COVID-19 pandemic modified transfer times derived from home office practice, either because people leave their offices later than their homes by car or Let’s stop going for a few days. week because they work from home.

In an interview with EL Universal, the head of Semovie pointed out that there has been a change in travel patterns of private car users so far this year, especially since summer.

“Traffic congestion is less in the mornings as compared to 2019 in a very consistent manner. We’re talking about 20% less, basically. However, during peak hours, in the afternoon, which is around 6:00 PM to 7:00 PM, the traffic is the same as in 2019,” he explained.

He said congestion is usually frequent in the Viaducto, sections of the Periférico, the Circuito Interior (north and west) and Zaragoza.

“This allows fewer people to go to the office at the same time each morning,” he explained.

And he added: “We know there are offices where there are days of the week that they don’t go to work or it may be that start times have been made more flexible or opening meetings are held remotely. And then people go to office.

The above also explains why there is a spike around 2:00 p.m. around lunchtime”, Lajus explained.

EL Universal interviewed citizens who shared their work dynamics and acknowledged that the coronavirus pandemic has changed their commute times.

In addition to the fact that others reported that they had changed their means of transport, opting for other modes such as bicycles, motorcycles or public transport, instead of cars.

During the tour made through the Miguel Alemán Viaduct area, residents of the metropolis also reported that they did not notice a decrease in road traffic; On the contrary, they agreed that “there’s always traffic all the time in December and so on and so forth.”

Luis Antonio González acknowledged that “in general there is a lot of traffic throughout the day”, although he changed his mode of transport: “Before I used public transport, today I use a motorcycle, it’s faster “

Regarding working hours, he shared that the dynamics changed: “The pandemic allowed us to use other devices and on some occasions I no longer go to the office, I work from home. This has helped in not suffering from traffic”, he pointed out.

Another citizen, Pedro Montes, noted that he noticed an increase in road traffic around 2:00 p.m.: “There’s more traffic, especially when they go out to eat. Hopefully next week when they’re on vacation.” If taken, there will be less chaos, although there is traffic all the time.

While Armando Mendieta pointed out that “there is a lot of traffic on these dates. The crowd remains the same.”

Although he acknowledged that working from home has increased: “I use the bicycle a lot, before the pandemic I used the car, so I changed the way I get around,” he concluded.