They find that olive pomace oil lowers the risk of diabetes. 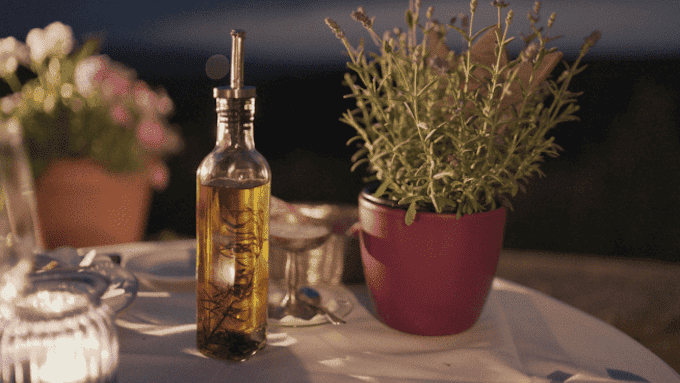 A new study published in specialized journals European Journal of Nutrition why nutrients and food has discovered that olive pomace oil lowers cholesterol and insulin resistance, and produces other beneficial effects for cardiometabolic health This can have a positive effect on related disorders such as diabetes from o obesity,

study promoted by Olive Pomace Oil Interprofessional (ORIVA) and made by Institute of Food and Nutrition Science and Technology (ICTAN) of Higher Council for Scientific Research (CSIC)analyze the properties of olive pomace oil Against sunflower oil and high oleic sunflower.

is developed with the participation of the chairman of the investigation oriva, Jose Luis Maestro Sanchez-Canoand deputy vice president of Knowledge Transfer (VATC) of CSIC, Ana Castrowho in his presentation highlighted the lack of research addressing the olive sector.

In the four years of investigation, CSIC conducted two randomized, controlled, crossover, and blinded intervention clinical studies in 132 volunteers, of whom 67 were healthy normocholesterolemic and 65 were at-risk hypercholesterolemic.

For fourteen weeks, participants reduced their consumption of fat sources to 45 grams per day with the restriction of other dietary sources rich in monosaturated fats, such as nuts, olives or avocados.

scientists of CSIC In this ICTAN Rachel Mateos explained that they randomly distributed participants into two groups to consume either olive pomace oil or a control oil for four weeks. After this time and a washout phase, the participants were crossed over to consume the other oil for the same amount of time, and four weeks.

Mateos noted that these were blinded studies, as the volunteers were unaware of the oil that was provided to them at each stage and that they consumed at a rate of 45 grams per day. They also had restricted intake of other fatty dietary sources; and in turn, with the beginning and end of each step, human nutrition unit of CSIC The volunteers’ blood pressure and body composition were monitored.

The investigation concludes that the positive effects of regular consumption olive pomace oil Against cardiovascular disease in both healthy and at-risk participants: hypercholesterolemic volunteers. In addition, it has been observed that its consumption can improve blood lipid profile due to reduction in total cholesterol and low-density lipoprotein levels.

regular intake of olive pomace oil also reported a reduction in waist circumference, a measure related to obesity And, therefore, with the risk of becoming an accident victim cariovascular,

The researchers also highlighted that healthy consumers showed improvements in oxidative stress markers, which are known to be a pathophysiological condition associated with increased cardiovascular risk.

Finally, with regard to diabetes, the study results showed decreased insulin levels and decreased insulin resistance index (HOMA-IR), which are associated with a greater risk of developing the disease, rather than tissue sensitivity to insulin. improves, which may indicate a lower risk of diabetes.

as insisted by the doctor CSIC, Laura Bravo Clemente,When we started this project, only in vitro or preclinical studies had been conducted in experimental animals with certain components of olive pomace oil. However, the effect of regular consumption of this oil in people is not known. For this reason, we set out to evaluate the effect of its daily consumption on cardiovascular health and two related pathologies, such as diabetes and obesity, in healthy consumers and those at cardiovascular risk.,