They found a suspect at the US Embassy in Spain 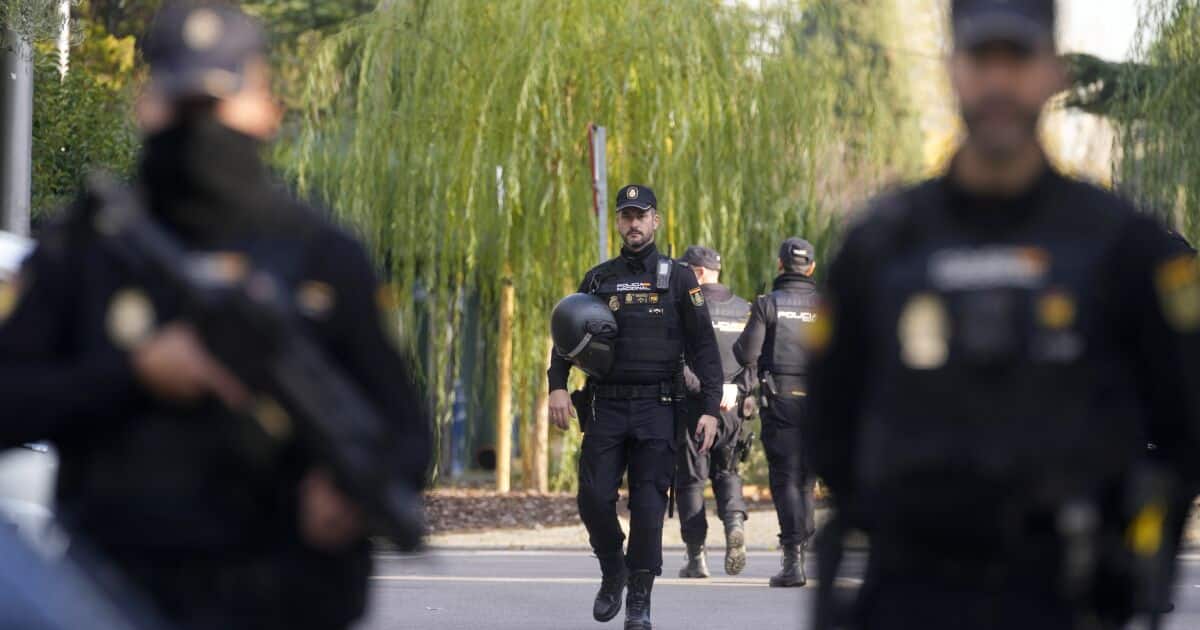 Spanish police blew up a suspicious envelope found at the US embassy in Madrid, Spanish officials said on Thursday, a day after a similar package sent to the Ukrainian embassy burst into flames, injuring an employee.

“We can confirm that a suspicious package was received at the US Embassy in Madrid and we are aware of reports of other packages being sent to other locations in Spain,” the US embassy told The Associated Press. “We are grateful to Spanish law enforcement for their help in this matter.”

Police have cordoned off a large area around the US embassy in the center of the Spanish capital.

The incident occurred after Spanish police reported a number of explosive letters sent to Spain during the past two days. Police detailed that the explosive devices were directed to the Spanish Ministry of Defense, a center for EU satellites based in the airport of Torrejón de Ardoz on the outskirts of Madrid, and an arms factory in the northeast. The one from Spain that makes grenades sent to Ukraine.

Spanish authorities still do not know who sent the letters and whether they are related to the war in Ukraine.

Authorities revealed that a bomb squad destroyed an explosive device that had been sent by regular mail to Spanish Prime Minister Pedro Sánchez on 24 November.

The Russian embassy in Madrid condemned the letter bomb on Thursday, tweeting that “any terroristic threat or attack, especially directed at diplomatic missions, is totally condemnable.”

The package sent to the Ukrainian embassy was addressed to the country’s ambassador in Spain. The worker who opened the package was slightly injured when the package caught fire.

The Spanish National Court is investigating the incident as an act of terrorism.

Ukraine’s Foreign Minister Dmytro Kuleba ordered the strengthening of security at all Ukrainian embassies abroad and asked his Spanish counterpart for a quick investigation.

A preliminary assessment determined that the first five packages were likely to be sent within Spain, said Rafael Perez, the Spanish government’s secretary of state for security. Police claimed that all but one letter bomb had been destroyed.

Perez said the only intact explosive device was the one shipped to the airport and that both it and its packaging would be part of the investigation.

Officials said the package was sent to the director of the European Union Satellite Centre. The centre, known as SatCen, is an EU geospatial intelligence agency and its missions are monitoring the situation in Ukraine.

According to Pérez, the package sent to the Ministry of Defense was addressed to Margarita Robles, the Minister of Defense of Spain. Spain has provided military and humanitarian aid to Ukraine since the beginning of the Russian invasion.

Robles was visiting Ukraine on Thursday to support its defense efforts with another aid package. Spanish officials did not provide details about the assistance, arguing that they avoided giving classified information to the Russian military.

Robles said the alarming findings of recent days would have no impact on Spain’s full support for Ukraine.

“The police are investigating these shipments, but what has to be made very clear is that none of these shipments, or any other violent act, is going to strongly alter the clear and firm commitment of Spain, NATO countries and the European Union to No. Support Ukraine,” he said.