They issue a yellow alert for storms: affected provinces 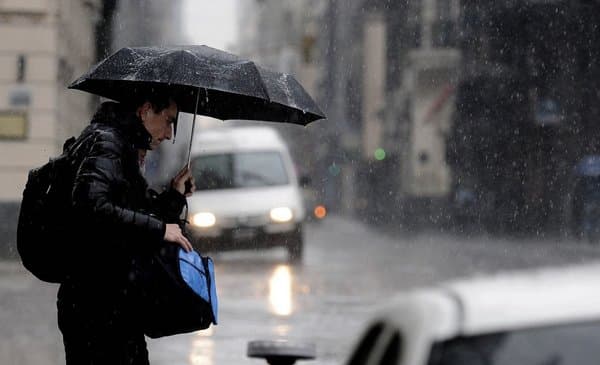 A yellow alert was released today by Isolated Storm National Meteorological Service (SMN) North of Santa Fe, southern Chaco and a large part of the province of Corrientes.

Can cross the affected area as per the notice Scattered thunderstorms, some of which may be locally strong, Within this framework, it is hinted that they will be together Gusty, occasional hailstorms, intense electrical activity and, fundamentally, abundant rainfall over short periods.Part of the National Meteorological Agency adds that accumulated rainfall values ​​of between 15 and 30 mm are expected, and may exceed this locally.

Jujuy, Corrientes, La Pampa and Rio Negro Sources of active wildfires were recorded today, according to the report released daily by the National Fire Management Service (SNMF), which also detailed that San Luis contained the flames affecting the city of Dupuy.

The report released today by the agency, which relies on the Ministry of the Environment and Sustainable Development, He noted that the province with the most active sources is Corrientes, where the fires affecting the cities of Concepcion, Mercedes, San Martín, Curju Cuatia and Alvear “spread freely and could grow.”

while, Outbreaks registered in Ledesma in Jujuy remain active and two new ones have been added, one in Utracán, La Pampa; and another in the city of Avellaneda in the Rio Negro.

To fight the fire in Tierra del Fuego, which is still under control, two helicopters with Helibalde and one fire-hydrant aircraft belonging to the SNMF, provided by the Tierra del Fuego province, operate.

Likewise, the SNMPF provided technical assistance with meteorological forecasts for the plan and the coordinator from the Patagonia Regional, Carolina Juarez, is on site.

In addition, some 55 combatants and technical and logistical support personnel involved in the firefighting related to the Rio Negro Provincial Service, convened by the South National Brigade, the National Park Administration and the SNMF, continued to work closely with provincial personnel.

With inputs from Telam