They open Psychological Care Center for the mental health of the people. 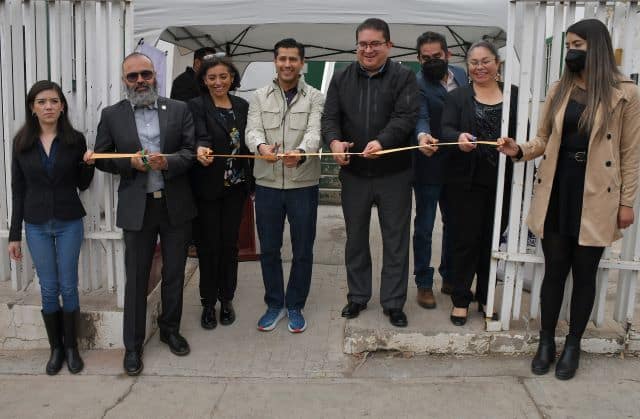 The mayor of Guadalupe, Julio César Chávez, and the rector of the Autonomous University of Zacatecas, inaugurated the headquarters in the Francisco Villa neighborhood in favor of vulnerable groups in that area.

Psychology students will get counseling and attention through courses, talks and conferences, it was told

With the aim of providing comprehensive psychological care for the residents of Colonia Francisco Villa and neighboring neighborhoods, and for students in the final year of psychology career to have a place for their insertion into professional activity, Municipal President Julio César Chávez Padilla, Zacatecas in coordination With the Autonomous University of Mexico (UAZ), the Francisco Villa Center for Intervention and Psychological Services was inaugurated.

It is a project derived from an agreement signed in July this year between the Guadalupe City Council and the Psychology Academic Unit, which seeks to open and introduce in the municipality two centers for meditation and psychological services with the aim of mental protection. health of residents.

This center of meditation and psychological services, located in Colonia Francisco Villa, will offer individual, group and pediatric therapy, as well as care in the field of social psychology through workshops, talks and conferences.

After the formal opening act, the municipal president of Guadalupe highlighted the importance of this type of place, noting that “the population that needs to be attended here, because if we are to work for individuals in the field of mental health, As we engage ourselves, we will strengthen ourselves to the family and families strengthened in this sense are a fundamental part of rebuilding the social fabric.

For his part, Rector Ruben Ibarra Reyes explained that the seal of the house of the highest studies of the unit is to help improve the conditions of the quality of life of families through the coverage of their various needs “Such is the case of this center is, who through our psychology will provide care and service to the inhabitants of this polygon made up of different sections of the student Francisco Villa neighborhood, Tierra y Libertad and La Fe.

Similarly, Jesús Manuel Correa Venegas, director of the Uz Academic Unit of Psychology, pointed out that an average of 22,000 consultations are done annually through these projects, hence the importance, he said, of working in coordination with government officials, as is done Guadalupe City Council, for the benefit of the most vulnerable populations.

The inauguration of the Francisco Villa Center for Intervention and Psychological Services was also attended by Diana Galawiz, Social Welfare Secretary of the Municipality of Guadalupe; Hans Hiram Pacheco Garcia, Academic Secretary of UZ and Veronica Adriana Pichardo Solis, Linkage and Extension Coordinator of the Psychology Academic Unit of UZ.