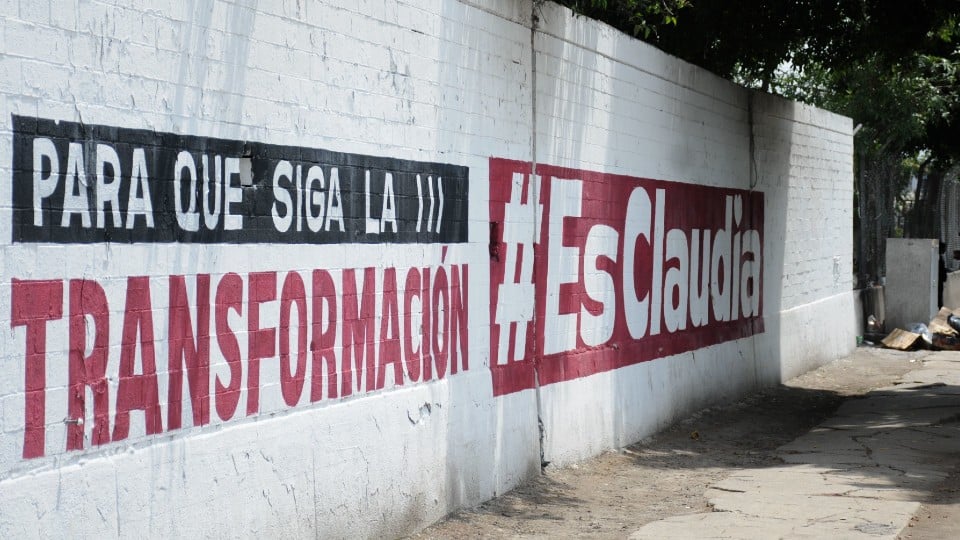 Complaints and Grievances Commission national election institute (INE) ordered to stop painting fences and a campaign of advertising on social networks that promotes Head of Government, Claudia Sheinbaum, Towards the 2024 presidential election.

In view of this, the Institute ordered the capital’s president to publicly distance himself from campaigning within a period of not more than 24 hours and asked his supporters to refrain from conduct that could influence the 2023-2024 electoral process.

This includes refraining from placing certain promotions or campaigns on social networks establishing the name or surname of the head of government, as “this may be anticipated pre-campaign and/or campaign work.”

The measure was taken after the MC’s deputy, Jorge Alvarez Menez, and various citizens filed complaints about the presence of barricades and installation of tarpaulins in different parts of the country with the use of the phrase. “#Esella,Esclaudia”and pto keep changing,

As well as for his participation in various incidents, in which he is alleged to have configured pre-campaign and campaign acts, improper use of public resources, personal propaganda and improper dissemination of his work reports.

The plaintiff requested for the implementation of precautionary measures and preventive protection.

#bolletine | INE ordered the head of government of Mexico City to call on his supporters to refrain from conduct that could influence the 2024 electoral process. https://t.co/qmD7p9Lez1 pic.twitter.com/kPPRAuWMKI

According to INE, the lesson Sheinbaum must distance himself from is:

,The undersigned has been made aware of the existence and use of the hashtag #EsClaudia in various places in Mexico City and other cities in the country, either on banners, painted fences or on social networks. In this sense, once again and as I have done on previous occasions, I categorically affirm that neither my servant nor the government I head has any direct statements with similar phrases to “It’s Claudia”. or does not have an indirect relationship with, or an extension of, any aspect thereof”,

The message must be published on the website of the Mexico City Government Headquarters https://www.jefaturadegobierno.cdmx.gob.mx/, as well as on their social networks, both individual and institutional, in a visible and fixed place .

With regard to two cases where the presence of the head of government at various events in different cities is condemned, the INE commission determined unacceptable precaution Related to conventions given in various states, given that the federal election process has not started.

He warned that, with regard to improper use of public resources, in all cases, it is in line with the Special Regional Chamber Electoral Tribunal of the Federal Judiciary (TEPJF) go into the merits of the issues.