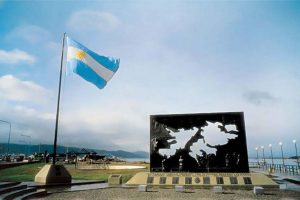 The initiative was presented by Fugian senators Pablo Blanco and Matias Rodriguez. He argued, “The sole purpose of this contest is to broadcast, reflect and justify the illegal occupation of our islands by Great Britain, an event that took place in 1833.”

national senator Paul Daniel White (RCU) and Matias Rodriguez (FdT) submitted a project to express “their strongest disapproval” of the “Why I would like to meet my neighbors in the Falkland Islands” competition organized by the British Embassy in Argentina. It aims to reward various students from neighboring countries with a visit including a one-week stay in the Malvinas Islands.

“The sole purpose of this contest is to transmit, reflect and justify the illegal occupation of our islands by Great Britain, an event that took place in 1833. As can be seen from the competition rules, the only thing that is rewarded is That is marketing and publicity. Respect for the rights imposed by Great Britain on our soil”, he argued.

In that sense, he expressed: “It is the desire of the Senate of the Nation that neighboring countries do not cooperate, support or promote this ‘contest’. Clearly this is an activity that would only reflect the British occupation of the Malvinas Islands.” attempts to do so, an illegal position that the Argentine Republic has steadfastly and unwaveringly opposed since 1833.

In this regard, they took statements made by the Ministry of Foreign Affairs which stated: “The Government of Argentina once again reaffirms its sovereignty over Malvinas, South Georgia and the South Sandwich Islands and the surrounding maritime spaces which are a part of the Republic of Argentina.” and invites the United Kingdom to abide by the United Nations mandate to resume negotiations to find a peaceful and lasting solution to the sovereignty dispute.

“Argentina has been claiming its sovereignty over the islands since its occupation, although this formally began in May 1945 at the United Nations Organization,” he emphasized in the initiative.

For Blanco: “This competition is another act of neocolonialism that is delayed and systematically rejected by the United Nations Decolonization Committee, which from year to year acquires more adherents of the Argentine position. Malvina Argentines and Fuegians were, are and will be.”