A partial shutdown of traffic on the Mexico-Puebla Highway was recorded after a trailer collided with a retaining wall, causing a chaos of vehicles.

Shortly after 9:00 am, a trailer collided with a retaining wall at kilometer 029+000, near the Agararista neighborhood in the municipality of Ixtapaluca, State of Mexico. 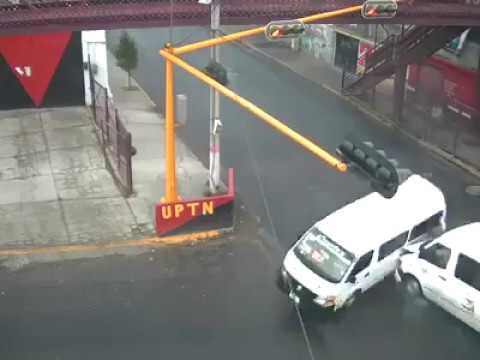 Caminos y Puentes Federales de Ingresos y Servicios Conexos (CAPUFE) reported that the attention to the accident had narrowed lanes, which led it to ask motorists to exercise caution.

The National Guard indicated that the impact of the trailer occurred on Highway 1710 in the direction of Puebla. In view of this, he urged the drivers to drive carefully and follow the instructions of the road administration to avoid accidents.

Through various images released by users of the social network, you can see what the trailer was like after hitting the retaining wall of the highway. It should be noted that no casualties have been reported so far and it is unknown whether the driver sustained serious injuries.

How did the accident happen in Mexico-Puebla?

As per the first reports, the driver of the trailer was driving in the far right lane when another vehicle tried to cross him in the side lane, causing him to lose control.

On social networks, drivers traveling on the Mexico-Puebla highway report that after a road accident there are traffic jams and congestion, which makes it impossible to drive calmly.