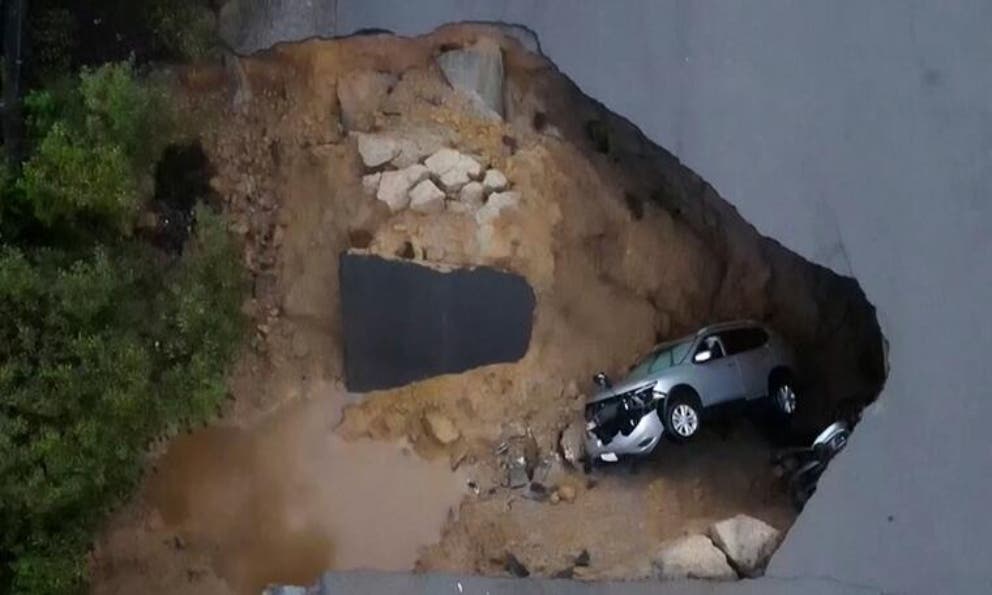 A mother and daughter were rescued from a sinkhole in California on Monday afternoon after the giant hole swallowed them in, along with their vehicle.


Heavy rains have caused havoc as a mother and her daughter fell into a sinkhole in California while they were traveling in their car through Chatsworth at around 7:30pm last Monday.


According to the Los Angeles Fire Department, the sinkhole was caused by heavy rains that have occurred throughout California in recent days.


The mother and daughter fell into the large sinkhole in their car and two other people on top of them fell into another vehicle, however, they managed to get out unassisted, while the first car remained trapped.


The woman said that they were traveling very normally when their car slowly started sinking till a sinkhole formed, while water from the road kept falling into the hole.


The rescue involved a team of 50 Los Angeles firefighters, they used a rope and an aerial ladder to go down and were able to safely rescue the mother and her daughter as the sinkhole continued to grow .


Both were taken to the hospital for treatment of minor injuries, but were in good health.


California has been battered by heavy rains over the past week, which has so far killed 16 people and caused several disasters like flooding and thousands of people were evacuated from their homes.