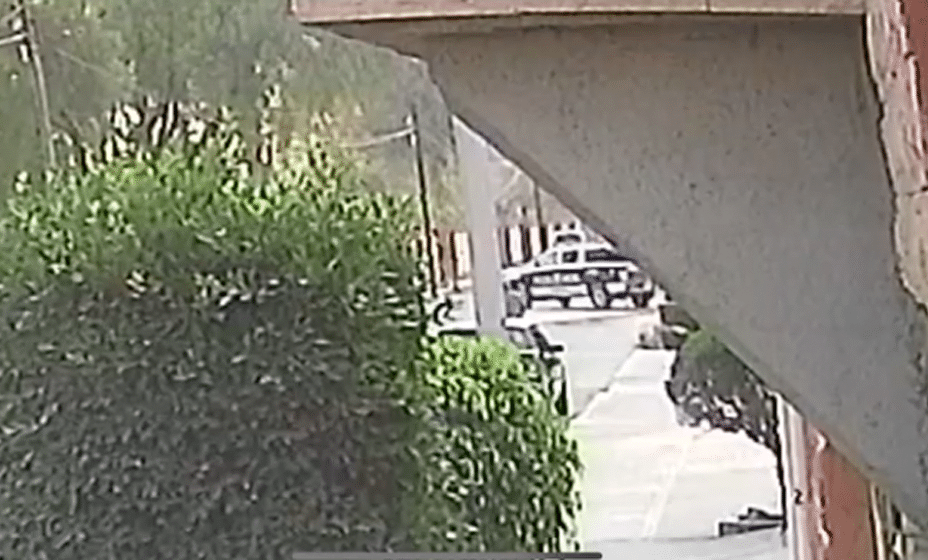 This Saturday afternoon two men were caught by video surveillance cameras, one of them aboard a municipal patrol, fleeing after robbing a convenience store in the Attempt neighborhood of the municipality of Tijayuca.

The incidents occurred when the two subjects entered Avenida Francisco I. Madero, where after threatening the employees, they stole all the cash on the account for the week.

After committing the robbery, they headed to San Francisco in the direction of the highway intersection in San Bartolo. Madero ran upstairs, where a private camera captured the subjects running.

In the somewhat pixelated image, in the upper right corner, you can see a moving pickup truck that apparently has the same features as the labels of units of the Tijioka Civil Defense Secretariat.

In two videos provided to Quadratin Hidalgo, it is initially seen that the official unit reverses and maneuvers into the starting position. Once a subject reaches the police car on the left, the operator slowly moves forward allowing him or her to pass on the passenger side before fleeing.

The second subject who failed to reach the truck simply turned around and continued his hasty escape.

Following the robbery of the commercial business, the Tizayuka Civil Defense Secretariat did not disclose whether an operation had been conducted to capture the subjects, or if they had already been arrested.

Due to this fact, and 24 hours after what happened, the Security Secretary issued a statement informing that “It began with an investigation and is aware of the video that was recorded this Saturday afternoon in a commercial In connection with the incident circulated on social networks. The establishment that sells vegetables, in which a police unit of this Secretariat is allegedly involved.

This investigation, which has already been launched by the Internal Affairs Directorate of Tijuca Hidalgo, will address cases filed against members of the SSC.

Without knowing at this time whether the alleged security elements involved were detained and made available, they only mentioned in their statement that “the actions of the elements involved and investigated are directly related to citizens.”