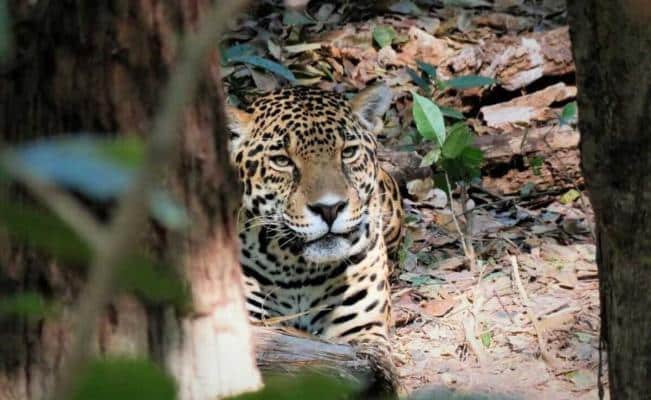 oaxaca de juarez.. The Secretary of Environment, Biodiversity, Energy and Sustainability of Oaxaca lists conservation actions such as the formation of a vigilance committee and participation in public consultations to see what environmental conditions that help cat breed care During the execution of infrastructure megaprojects promoted by the federal government, such as the Interoceanic Corridor of the Isthmus of Tehuantepec (CIIT) and the Oaxaca-Tuxtepec Superhighway.

Oaxaca is inhabited by six species of wild cats found in Mexico: jaguar, puma, ocelot, lynx, tigrillo and jaguarundi, three of which are in danger of extinction (jaguar, ocelot and tigrillo).

The National Commission for Protected Natural Areas (CONAP) highlights that if any of these species cease to exist, a imbalance in their ecosystem.

In view of this, the agency in charge of environmental policy in Oaxaca has assured that it is holding meetings with the Wild Feline Working Group of the Strategy for the Conservation and Sustainable Use of the Biodiversity of the State of Oaxaca (ECUSBEO), in order to prioritize actions Can go Allow the conservation and care of these species through 2023.

in interview with universalThe head of the local environmental secretariat, Karim Unda Harp, states that “Oaxaca is the most populous state Biodiversity of Mexico and for this reason you can find cats in the zoque jungle, the central valleys in Chinantla, the coast, the Sierra Norte, the Mixe, the Sierra Sur.

In areas where some specimens have been observed, camera traps have been installed to monitor them.

Cats are elusive and therefore difficult to catch. In addition to camera traps, traces such as faeces and footprints reveal their presence.

Among the measures promoted by the Ministry of the Environment for the protection of the cats of Oaxaca, the formation of a vigilance committee in the area that will cover the route of the trans-isthmic train, which extends from Salina Cruz in Oaxaca. Coatzacoalcos, standing outside. Veracruz as part of CIIT.

With this committee, the official explains, the aim is to monitor compliance environmental conditions In this mega-project, the results of the environmental impact study.

Apart from seeking to preserve the cats’ habitats, the state government is also planning to address the problem of feral dog population present in these distribution areas, which constitute a public health problem.

Oaxaca also has a state terrestrial carnivore program, which they will follow, the secretary explains, in order to implement plans to promote coexistence mechanisms between cats and pastoral cattle.

In addition, the agency will also participate in public consultations prior to the construction of the Oaxaca-Tuxtepec Highway, in order to generate sufficient opportunities to generate environmental conditions in a different way and contribute to the care of at-risk cat species .

Unda Harp acknowledges that the issue of the environment was not a priority for the formulation of public policies in previous administrations.

“Not only in Oaxaca but elsewhere, the environment has always been behind everything, when it should be in the first place, because it is of vital importance in facing problems like garbage crisisWater pollution and dryness”.

Cats are apex predators, he explains, and their presence is an indicator of the quality of the environment. They are important for controlling populations, so when feline species are threatened, the ecological balance is at risk.

With respect to the feline population, authorities state that learning environment This is essential to its conservation, as there is a human-cat conflict, which stems from the fear and economic damage these specimens have historically done by attacking livestock.

“Sometimes people do not understand the importance of these species; However, in communities, people’s knowledge has allowed them to be respected and cared for,” he says.

He says that the cooperation of communities is important for the conservation of the species, but so are the authorities who feel it a duty to fix, for example, losses in livestock.

He states that human presence is a threat that increases the risk of extinction, as poaching continues to be a crime. “Many people chase the skins of jaguars and other cats, causing considerable damage to the environment, because the number of these specimens is not large. Each litter is two or three; it is very difficult for jaguars to reach adulthood.

Unda Harp, an expert on environmental enrichment for jaguars in captivity, explains that it is highly unlikely that the cats pose a threat to human settlements, as they do not live in areas close to urban areas.

“Although they are isolated and very rare cases, what you have to do in the presence of a cat is to stay calm,” he advises.