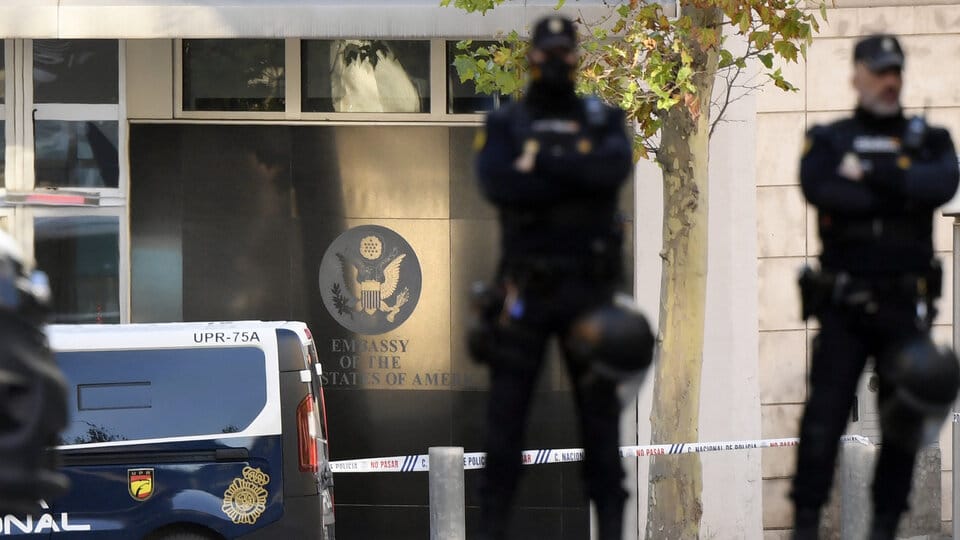 Ukrainian embassies in several European countries received “bloody packages” with animal body parts on Friday, mainly eyes, condemned the Ukrainian Foreign Ministry. The shipments followed a series of letter bombs at various locations in Spain, including the embassies of Ukraine and the United States, in what Kyiv described as a “campaign of terror and intimidation”.

The Ukrainian government noted that packages containing animal remains were received at the diplomatic headquarters. Hungary, Netherlands, Poland, Croatia and Italyand that other suspicious packages were sent to consulates Poland, Czech Republic and Italy,

,The package itself was wet with a liquid with a characteristic odor and had a certain stench. We are studying the meaning of these messages,” Oleg Nikolaenko, a spokesman for the Ukrainian Foreign Ministry, said in a statement.

The spokesman said that as part of a wave of attacks against the country’s diplomatic missions, several people broke into the residence of the Ukrainian ambassador to the Vatican and the country’s embassy in Kazakhstan. To which is added a letter containing a detonation mechanism found at the Ukrainian embassy in Spain, where an employee was injured last Wednesday.

Ukrainian Foreign Minister Dmytro Kuleba, for his part, said that The country has “reason to believe that a well-planned campaign of terror and intimidation has been launched against Ukrainian embassies and consulates.” He added: “Unable to stop Ukraine on the diplomatic front (the Russians) are trying to intimidate us. However, I can say that this will not work. We will continue to work effectively to achieve victory in Ukraine.”

The Ukrainian military is cooperating with the authorities of these countries to investigate all cases and analyze the threats received, while Ukrainian diplomatic delegations abroad are on the highest level of alert And security after the order of Kuleba himself.

“We call on all foreign governments to ensure maximum security for Ukrainian diplomatic institutions by following the Vienna Convention on Diplomatic Relations,” he stressed.

this Friday, National Police officers analyze a new suspicious package received at the Ukrainian Embassy in Madrid. Spanish Interior Ministry sources elaborated that the embassy’s security filters detected a suspicious shipment, prompting members of the National Police tasked with security outside the embassy to immediately evacuate the building and TEDAX technicians. transferred to Disarming Explosive Devices) went to the spot.

Inspection of the package was negative for explosives, but the troops announced they would conduct a “more thorough” analysis. to determine whether it contained traces of blood, as was the case in other countries.

The same sources indicate that the fact that the shipping postage is not Spanish, with its characteristics, may be related to shipments intercepted at other European embassies and consular offices in various European countries.