They take care of the city with latest technology 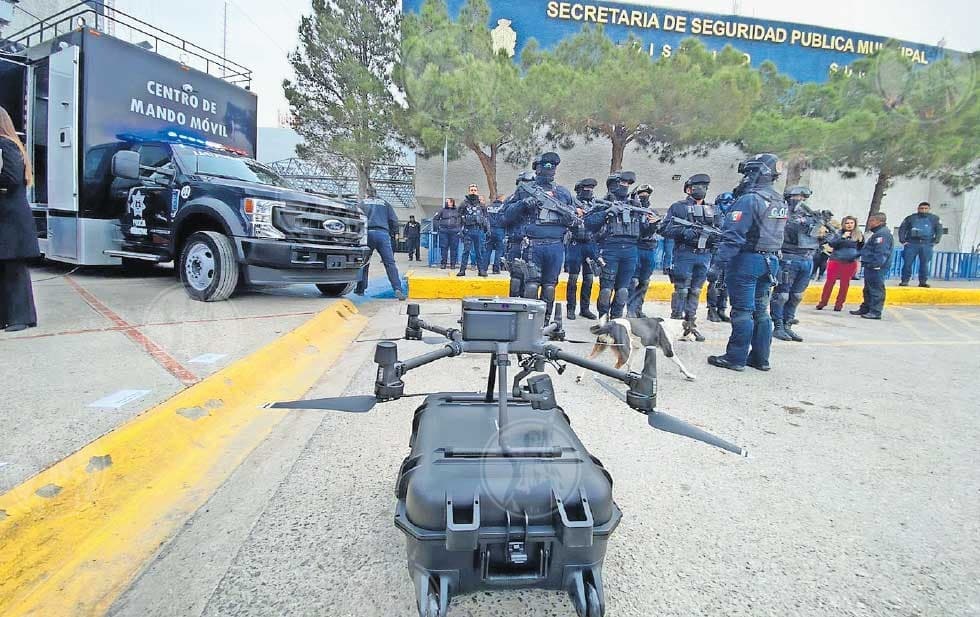 Juarez City.- Elements of the Secretariat of Municipal Public Security (SSPM) are in the process of professional training to use the new technologies installed and with which will operate the two mobile command centers acquired by the corporation as part of the Juárez Vigilante program, the agency reported. ..

According to the statement that informed the training, it consists of 20 hours of preparation, divided over three days, in which theoretical and practical knowledge will be offered on the installation and management of drones that will be part of the command center’s equipment. are part of.

“People come from the interior of the country to train the elements that will use this equipment,” the corporation’s head, Cesar Omar Muñoz Morales, noted in an interview.

The first part of the training will be aimed at obtaining the Certificate incorporated by the Ministry of Communications and Transport (SCT) on the basis of NOM-107-SCT3-2019 and authorization as an unmanned aircraft pilot.

It was a group of more than 20 agents who, among other things, experimented with two professional drones incorporated into mobile command centers.

According to the technical specifications of the manufacturer, these are deployed propellers with dimensions of 87x67x43 centimeters, which can operate at a maximum speed of 23 meters per second and a lifting capacity of more than five kilometers; On 16 December, upon the presentation of this technological device, the mayor of Juárez, Cruz Pérez Cuéllar, advanced, that it “can be raised to a height that cannot be seen by those we do not want to see.”

Likewise, according to the official website of the brand, it has a resolution of over 900 pixels with 30 frames per second capture.

These drones are integrated with mobile command centers delivered to the municipality on December 16 as part of the Juárez Vigilante program.

they work in the dark