They turn in nine managers at the Baja California Security Secretariat; military arrival 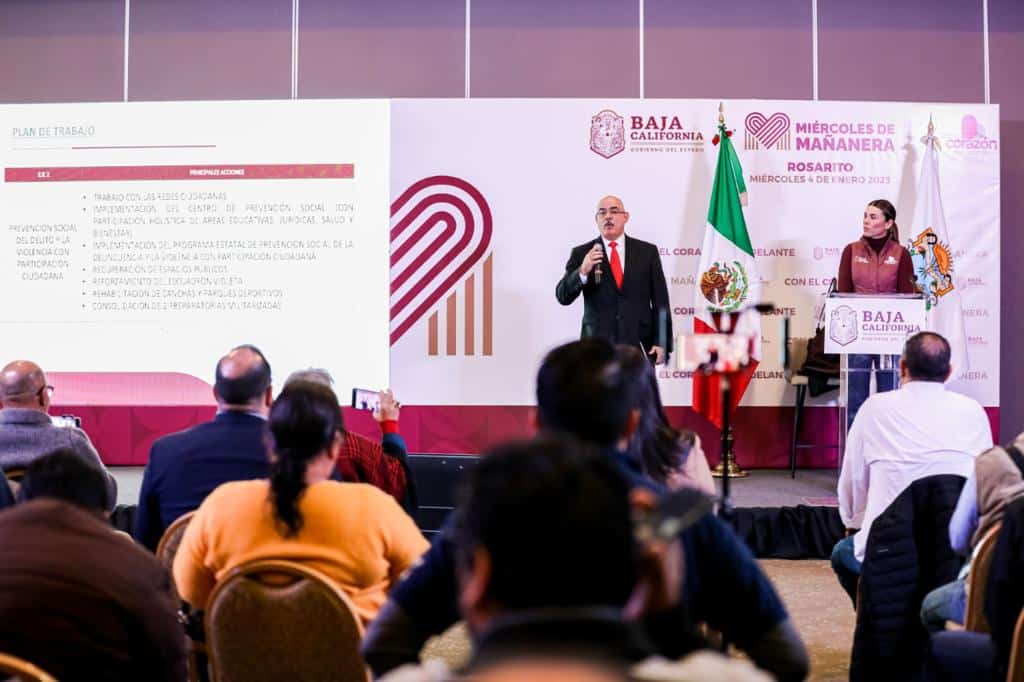 The Secretariat of Security and Civil Protection (SSPC) of Baja California was transformed into nine commands of the same number of areas considered main. The new replacements “are military,” said General Leopoldo Tizoc Aguilar Duran, the new head of the agency.

During the morning conference of Governor Marina del Pilar Ávila Olmeda on January 4, 2022, General Aguilar Durán revealed his plan of action. It highlights the appointment of Saul Jaramillo Garcia as undersecretary of security; Juan Manuel Corral Hernández as the director of the State Civil Defense Force (FESC); and Ismael Gutierrez Castillo, the undersecretary in charge of Intelligence.

The new SSPC chief said that his action plan consists of five axes with 31 different tasks. Among these, the axis of reduction in crime index is the most different, in which FESC will be strengthened with new elements. The corporation currently has 818 elements and aims to reach 1,636 in 2027.

He explained that in the public safety axis, the objectives are to specify the police model, strengthen coordination agreements with municipalities, implement mobile Approved Police Reports (IPH) and carry out police certification. On this last point, he noted that 20 percent of FESC personnel currently lack certification.

In Tijuana they will strengthen security in the dam and downtown

In connection with the meeting held with the Secretary of Security and Civil Protection of Tijuana, Fernando Sánchez González, for the construction of communication bridges, Aguilar Durán commented on the request of the municipal government that more arms are being reviewed between the two institutions.

“We are reviewing the collective license, it has to regularize certain conditions, cancel it so that it can acquire more weapons or replace them. You have to be aware that according to the collective license you are every operative element of every corporation You can only give one long and one short weapon, you cannot have more weapons”, confirmed General Aguilar Durán.

Regarding the fact that the Control and Trust Center (C3) remains in the organization chart of the State Attorney General’s Office (FGE), Aguilar Durán indicated that “it is the least important thing” where C3 is attached as long as it Is efficient for the prosecutor’s office, the secretariat and the municipal police.

“These are coordination functions that we have to evaluate and look at the needs,” he reiterated, noting that both the agency and the FGE have a collective license.

He said that during the previous administration in which FGE and SSPC were merged, there was a purging process. Thereafter, there was another one with the creation of new SSPC in the present government and there would be a sectorisation in its management so that there is clarity about the responsibility of a command till the executors, which part of the control to be.

Civil complaints (against elements) will be addressed by the internal control body and if similar review is required, it will not overlap. “Those who do not meet the criteria will be assigned to other areas, and if necessary they will be separated from the force.”

Aguilar Durán announced that security would be strengthened in La Presa and downtown Tijuana, in coordination with the municipal police. Similarly, the fight against marital crimes will be strengthened without neglecting the drug trade.