This is how Benedict XVI prepares to see the “Just Judge” 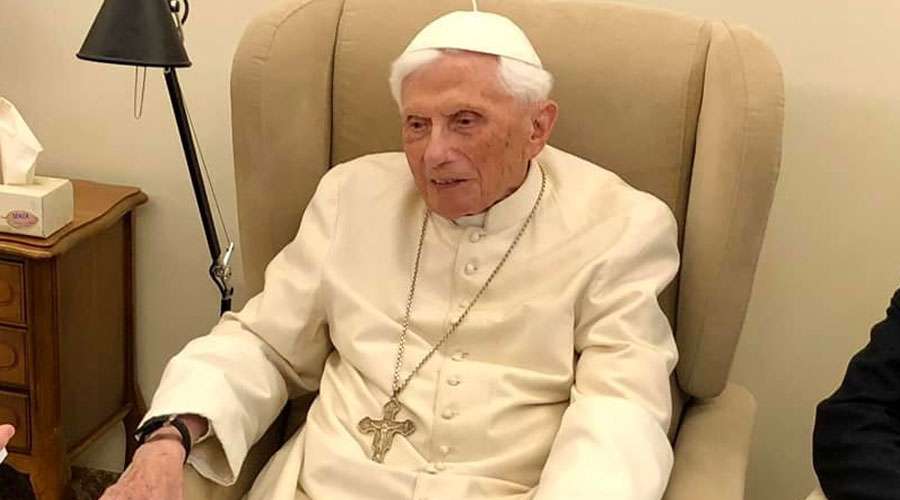 In a letter published earlier this year, Pope Emeritus Benedict XVI described how he is preparing to see God “soon”, the “just judge” and “certain of my life”.

“Soon I will face the last judge of my life,” Benedict XVI wrote in a letter published on 8 February, affirming his innocence and mishandling abuse cases when he was archbishop of Munich, Germany. vehemently denied the allegations of dealing with.

“Though I may have many reasons for fear and apprehension in view of my long life, yet, I am happy, for I firmly believe that God is not only just, but also friend and brother to those who are already suffering.” He is also my fault and therefore, as a judge, he is also my advocate”, Benedict XVI highlighted.

The Pope Emeritus said, “In view of the time of judgment, the grace of being a Christian has become clear to me.”

Benedict said, “Being a Christian gives me wisdom and, more than that, friendship with the Judge of my life and allows me to cross the dark door of death with confidence.”

His health has deteriorated in the past few hours, and Pope Francis asked “everyone for a special prayer” for him this morning.

In General Assembly this Wednesday, 28 December, the Pope said that his predecessor was “very ill”, and encouraged him to “ask God to comfort him and to sustain him until the end in this witness of love for the Church”. Say for”.

Matteo Bruni, director of the Vatican Press Office, indicated in a statement that “I can confirm that in the last few hours there has been an increase in the age of Benedict XVI”.

“At the moment, the situation is under control, being constantly monitored by doctors,” Bruni said.