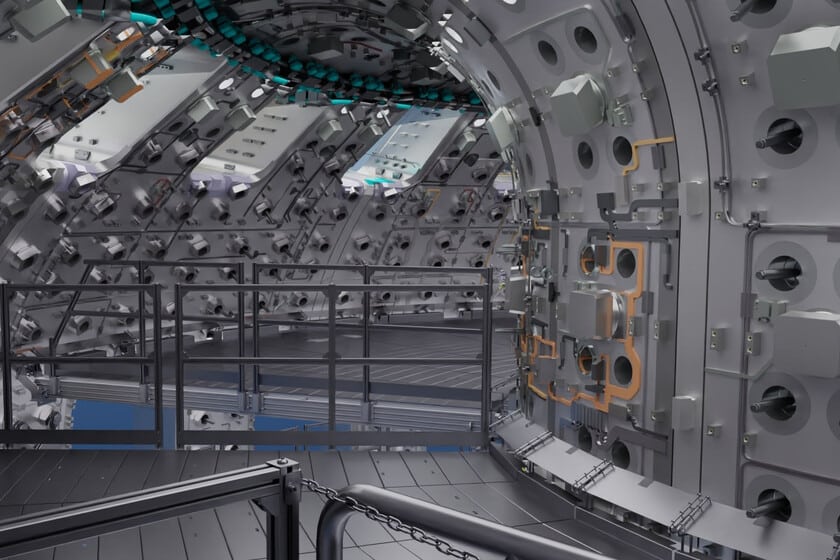 When we inquire about the challenges that nuclear fusion still lies ahead to answer our energy needs, we think of the same thoughts. Researchers are devising increasingly sophisticated strategies to help them freeze plasma, And, in addition, the IFMIF-DONES project seeks to find ideal materials to deal with the high-energy neutrons released in the fusion reaction.

These are undoubtedly two of the biggest challenges facing fusion power today, but they are not the only ones. Scientists are also engaged in the search for solutions to other challenges that are barely visible in the media, but are also crucial to bringing this technology to a successful conclusion, which seeks to help us generate large amounts of electricity.

In short, one of these “little big challenges” involves finding a way to keep the plasma free from impurities, In fusion energy, any particle that is not directly involved in the reaction between deuterium and tritium nuclei, but that has the potential to dilute these two isotopes that make up the fuel, is known as an impurity. and even to cool plasma due to its ability to emit visible, ultraviolet and X-ray radiation.

What we have just seen invites us to ask ourselves a question: where do the impurities that mix with the deuterium and tritium nuclei involved in the fusion reaction come from? Curiously, they come from the walls of the vacuum chamber. The element of the reactor that has the potential to deliver more impurities is the diverter, which is made of stainless steel covered by a tungsten shield. Somehow it is for us to understand, the exhaust pipe of the reactor.

Tungsten is the metal with the highest melting point: not less than 3,422 °C

Tungsten has been chosen to tune the shields exposed to the plasma because it is the metal with the highest melting point: not less than 3,422°C, In any case, as we have just seen, the purpose of the divertor is to purify the plasma, removing ash and impurities resulting from its interaction with the most exposed layer of the mantle.

In fact, well, the main source of plasma contamination are tungsten atoms released as a result of the interaction of shields of this material and the most intense plasma flow, which occurs directly in the chamber area. Zero in which the diverter is located. According to the calculations of ITER scientists, it would be necessary to keep tungsten impurities below 0.005% of the total plasma volume.

To achieve this, it is necessary for the divertor to fulfill its function and be able to efficiently remove most of the impurities that mix with the plasma from the vacuum chamber, and as we have seen, have the potential to degrade it. This is not easy to achieve, but the scientists have opted for a strategy that involves using a magnetic field to confine the plasma. get errors towards the “exhaust pipe” of the reactor.

JET is already producing results that encourage scientists to approach the challenge of removing impurities with optimism.

ITER’s vacuum chamber is just being added, and it is still several years away before plasma tests begin, which will allow technicians to evaluate the behavior of the fuel. But fortunately, it is not necessary for this experimental reactor to go into operation in order to study the dynamics of plasma impurities. JET, the experimental fusion reactor based in Oxford, England, is already producing theoretical results that invite scientists to approach the challenge of removing impurities with optimism. 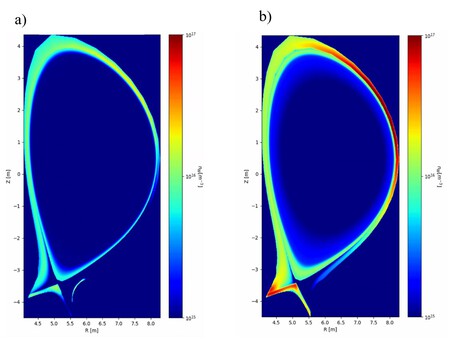 This recreation shows how the density of tungsten atoms varies between two consecutive perturbations affecting the periphery of the plasma (A), and also just after one of these perturbations (B).

Mobility of tungsten atoms inside reactors tokamak It has been intensively studied for more than a decade, but JET researchers have taken a significant step forward by accurately simulating the interactions between impurities and plasma that occur at ITER. His conclusion is optimistic: impurity control strategy What you’re working on works.

And this happens because the magnetic field of the reactor manages to effectively transport the tungsten atoms that reside in the outermost layers of the plasma towards the divertor, which, as we have seen, is the element through which they are ejected. goes. This result is unprecedented, and the physical principles on which it is based are solid, so we can now be confident that experimental tests confirm it. Cross our fingers.