This is what happens to your body if you use Ozempic to lose weight: a fashionable drug among influential people 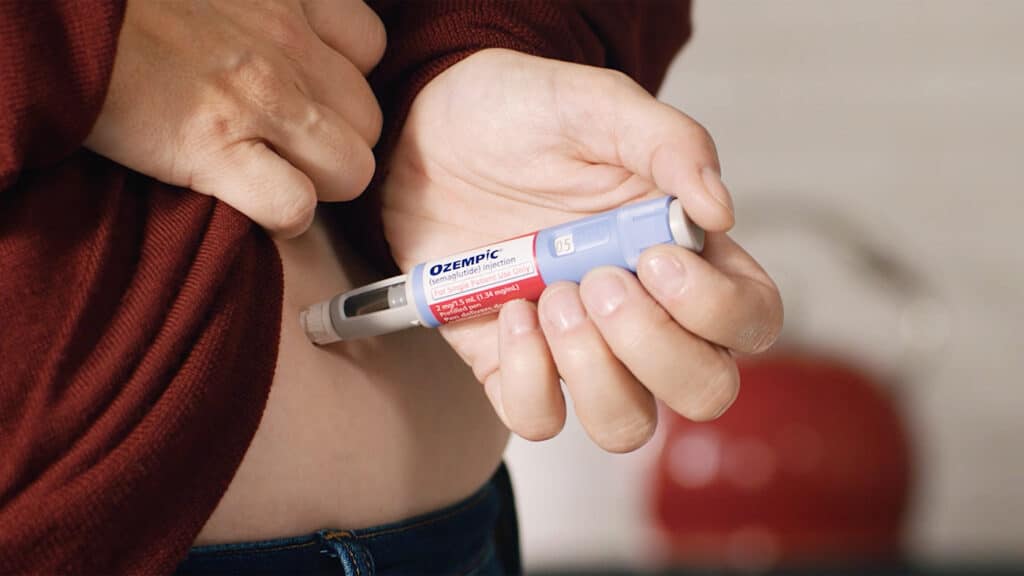 s ozampic Kim Kardashian’s secret to losing weight? What is it and what is behind the global boom of this drug? Influencers everywhere talk about it and the hashtag has been mentioned 396 million times on TikTok. It is actually a drug indicated for the treatment of type 2 diabetes and Its use in the United States is authorized for weight loss. And this means that since the beginning of September it began to become scarce, even in Spanish pharmacies.

The active ingredient in Ozempic is semaglutide, which, in addition to helping diabetic patients reduce blood sugar levels, has been shown to be useful for weight loss because it will reduce appetite. It is an injectable pen, which is given once a week and is prescribed by an endocrinologist. It costs 128 Euro and taking it without medical supervision can cause rebound effects, except can only be bought with a prescription,

what happens to your body with ozempic

And it is that Ozempic in particular is a drug that, at least in Spain, is indicated only for diabetes, unlike in the United States, where endocrinologists are required to prescribe it precisely for cases of obesity and weight loss. is allowed. In addition, the experts themselves point out to La Tarde that Ozempic is a drug that is still under study.

Esteban Jodar, head of the endocrinology department of the Salud Quirón Hospital in Madrid, explained this Monday via COPE microphone what can happen to your body if you take drugs to lose weight. Thus, among the side effects of Ozempic are “gastrointestinal intolerance, nausea, vomiting and diarrhea”. “The recommended dose of 2.4mg weekly is not marketed in our country, but there is evidence of its use,” the expert told Pilar Cisneros.

what happened to diabetics

Jose has been living with type 2 diabetes for ten years and has been treated with Ozempic for the past 5 years, as he tells La Tarde. He has been without medicine for three weeks because of a lack of stock at the pharmacy, they have given him a substitute:”Its horrible and mentally i cant believe it because every product we take have side effects, It was a dose of 1mg a week and now it is 1200mg, as absorption with food cannot be compared with injections”, he explains.

And it is that at the pharmacy they told him that there was a shortage and that it made him “very bad”: “I thought I could die”. Reyes Menarguez is the owner of the pharmacy where José shops: “The shortage started in September and in October they didn’t send us anything, nor the next month, now something but much less than what we need,” she argues .

He concluded that, at least in his case, the drug companies didn’t give him any information about the reason for the stock shortage: “We have several distribution warehouses, we ask and try to get what patients need, he concluded. ,