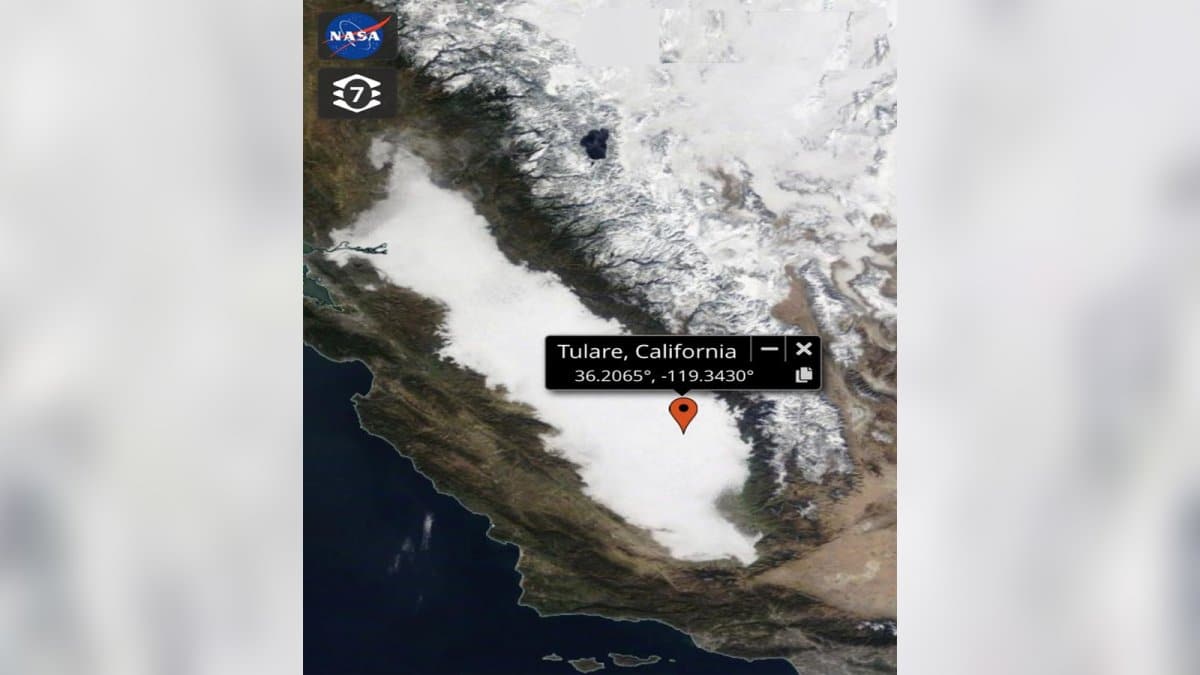 CENTRAL VALLEY, Calif. – Over the weekend and into the coming days, the National Weather Service warns of dense fog, which makes vehicular traffic difficult and dangerous due to reduced and/or zero visibility.

The past years have seen an increase in weather-related accidents and for this reason. For this reason, police and weather officials insist on their recommendations if you are going to drive in these conditions.

From Sacramento to Bakersfield, the Central Valley and northern California are covered in a thick haze this winter that can be seen from space.

This is not a new phenomenon. In fact, residents and motorists who travel via Highways 99, 41, 198, 5, among others in the area, know that visibility at night and early morning is practically nil at this time.

Called radiation fog by the US National Weather Service, it is a typical phenomenon that occurs during the fall and winter. The agency’s website notes, “It forms overnight as the air near the ground cools and freezes. When the air reaches saturation due to this cooling, fog forms.”

According to NASA Interactive data, California’s Central Valley receives a special type of radiation fog each winter, called “tule” fog (TOO-lee), that extends up to 330 miles (531 km) across.

It is “a combination of a layer of cool, moist Pacific air near the surface, clear skies and light winds resulting in an exceptionally dense fog,” the weather service details. The phenomenon appears from late October to early February, although its frequency has decreased in recent years, according to a study published by the University of Berkeley.

The weather forecast for the next few days suggests temperatures will not exceed 60ºF in most cities across northern and central California.

According to the San Joaquin Valley Weather Service, residents of Fresno, Visalia, Hanford will expect temperatures in the low 30s and highs of 57 and 58. In addition, a fog advisory remains in effect through the middle of the week, where visibility may drop below 200 feet.

For the Sacramento Valley, dense fog is expected to return by the end of the week, while there will be a slight increase in thermometers for the Christmas weekend.

Tips for Driving in Fog

Our meteorologist Abimel Castro explains the difference between the two meteorological terms.