Thousands flee DRC for Uganda amid clashes by rebel groups 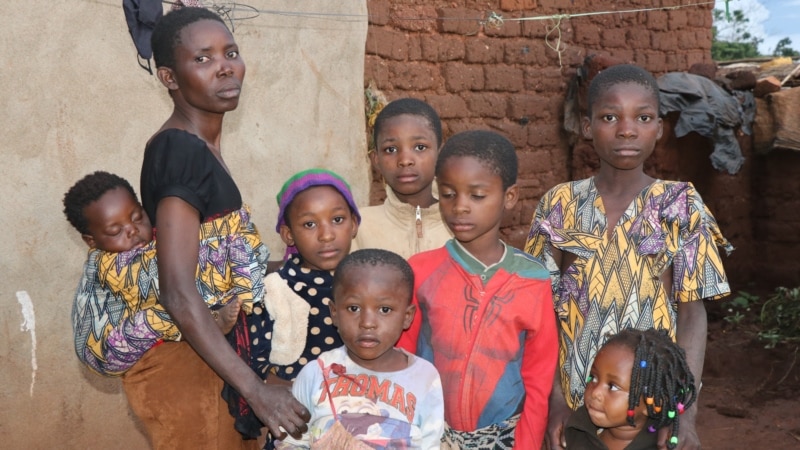 Clashes along the Democratic Republic of the Congo’s eastern border have forced thousands of people to flee to Uganda. Ugandan forces have deployed along the border following reports that M23 rebels attacked military positions on Sunday night.

Anglique Wabareka, who sounds exhausted and desperate, tells VOA over the phone that she spent the night on the run after clashes between rebel forces broke out in the eastern Democratic Republic of Congo.

Wabareka set up camp at a police post across the Ugandan border and said she was able to escape with her three children.

“I went into the house to get my kids something to eat. That’s when I heard gunshots and we started running. People died. I could not carry any belongings due to the heavy gunfire,” she said.

Mumbere Habimana says many people were injured in the fighting. He says he saw one person killed.

“Most of them are still at the border. Then there are only a few at the transit center,” Natukunda said. “Right now we are passing on messages to them, for those who are ready to go to the transportation center.”

In a statement to journalists, a spokesman for the governor of the North Kivu province said that M23 rebels, backed by Rwandan soldiers, in the nights of March 27 and 28 raids and attacks on positions of the Congolese army in the villages Tchanzu carried out. and Runyonyi.

The spokesman, General Ekenge Sylain, said that during those attacks, the DRC forces arrested two Rwandan soldiers, identified as Warriors Habyarimana Jean-Pierre and Uwajeneza Muhidi John, who said they belonged to the 65th Battalion of the 402nd Brigade of the Rwandan Army. .

Rwandan forces have long been present in the eastern DRC and are fighting against Rwandan rebel groups based in the region.

Ekenge said the army would take all measures to quickly restore authority and peace in the affected areas.

In Kampala, Brigadier General Felix Kulaigye, spokesman for the Ugandan army, said Ugandan forces had deployed heavily to ensure that the fighting did not spill over the border.

“Of course, the porous border we can not man man to man,” Kulaigye said. “But good care is taken and we are sure that there will not be infiltration on this side of the border.”

In December, thousands of Congolese fled to Uganda to escape fighting in Ituri province, but were asked by authorities to return home after the situation was brought under control.