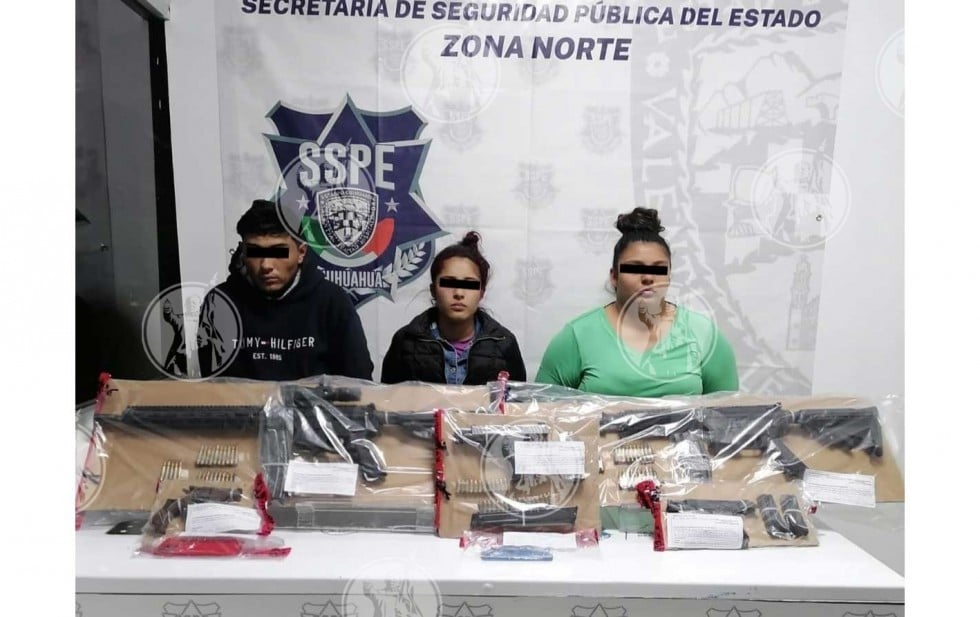 Juarez City.- Elements of the State Public Security Secretariat (SSPE) attached to the northern region arrested two men and two women in search of prisoners who escaped from Cereso No. 3 and those involved in the incident. A man who had 2 long and 3 short firearms, the corporation said in a press release.

According to the statement, the detainees were traveling in a 2011 model gray Dodge Durango truck through the Prederas del Sol neighborhood, at Sol de los Prados and Acacias streets, when state police personnel called them high.

Two minors traveling with the detainees were seized and made available to the Social Work Department of the Municipal Secretariat of Public Security of Ciudad Juárez.

The detainees, identified as 25-year-old Karen Joselin CM, 20-year-old Esmeralda Ruby OD, and 23-year-old Angel Adan IA, were all taken to the Ciudad Juárez headquarters of the Office of the Attorney General of the Republic (FGR). ), where he made himself available to an agent of the Ministry of Public Administration for violation of the Federal Law on Firearms and Explosives.