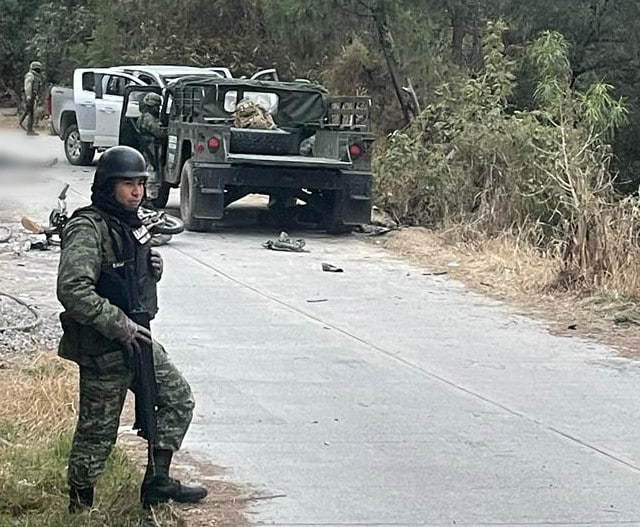 Three people were killed in a confrontation between presumed members of the Michoacán family and elements of Cedena and the National Guard.

The incidents occurred on the morning of December 27 on the Zacualpan-Texcaltitlan highway in the Ayutuxco region of the State of Mexico.

According to preliminary reports released by the authorities, an armed group led by Alberto “N”, alias “La Macrina”, believed to be the head of the Familia Michoacana Plaza, attacked the army.

During the confrontation, officers managed to take three people into custody, including a 15-year-old boy named Luis Angel Hernandez, as well as 23-year-old Victor Manuel Hernandez Cruz, known as the “right hand” of “LA”. is recognized in Macrina.”

The third detainee responds to the name of 31-year-old Jorge Antonio Gama Velazquez.

Following the attack, elements of the State Police as well as Cedena and the National Guard launched a manhunt to locate La Macrina, who was apparently wounded.

“The inter-institutional effort leads to the “La Macrina” farm in the municipality of Zacualpan, where, according to data collected in informal interviews of detainees, he usually hides and is possibly injured,” the officials reported. Told.

Apart from the people detained from the spot, a motorcycle, a van and 6 long weapons have been recovered.