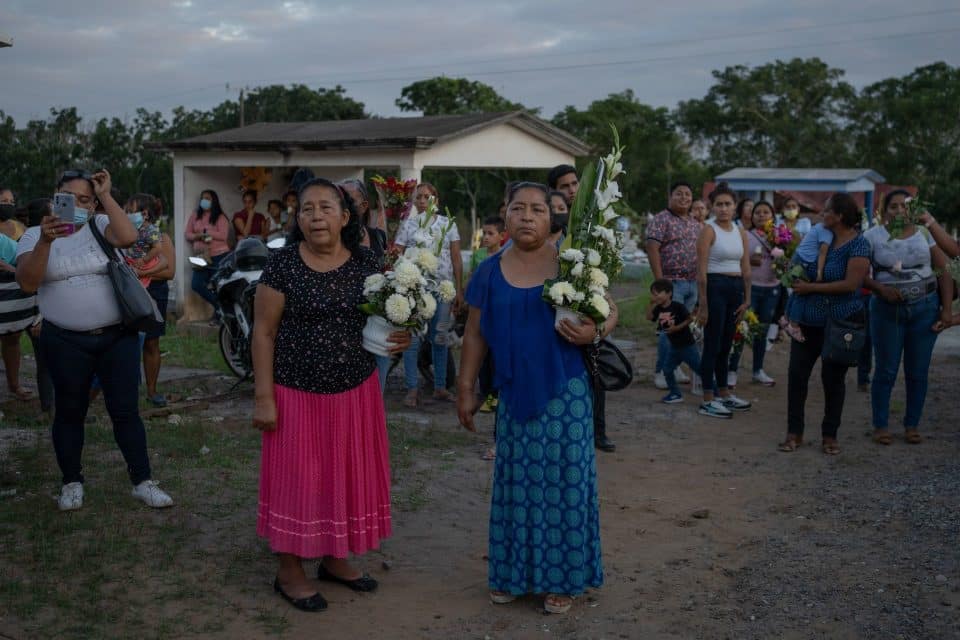 In less than a week, three young pregnant women were reported murdered in the country. They are Rosa Isela, Ana Lilia and Martha Aurora. In Rosa Isela’s case, she left her home to collect donated clothes. Her body was later found and her unborn child was taken away.

National Citizens Observatory on Femicide (ocnfcondemns it The cases show a modus operandi of the criminal networkBut that the officials refuse to conduct the related investigation.

“the problem is that If investigations are not done well, we will never be able to disentangle the intricate links of how crime operates today. in Mexico and it’s putting women at risk … To begin with, the authorities suspect that they are feminists,” says Maria de la Luz Estrada, a member of the OCNF, in an interview.

According to Estrada, apart from the lack of investigation, one problem lies in the fact that Federal officials have no official record of how many pregnant women have been killed.

Read: Body of Rosa Isela, a young pregnant woman who went missing in Veracruz, found; there are 2 prisoners

The observatory has recorded more than 15 cases with the same pattern over the past four years. Activists manually register for journalistic publications about cases.

The registration states are Zacatecas, San Luis Potosí, Tabasco, Veracruz, Guerrero and the State of Mexico.

Estrada warns that not only feminism may be behind these crimes, but also treats kids too, in a scheme in which children are taken from their mothers for an illegal adoption network. “there is mode of operation And there is a pattern that you clearly see in all the cases”, he insisted.

In cases registered by the observatory, All the young women killed were eight months pregnant and had been called by others to provide financial assistance or donate clothes.

“What is affected in these types of cases is the vulnerability of women, as women have a precarious position and, therefore, become more vulnerable when they become pregnant… This leads them to offer that they going to give them either resources or in this case clothes, Veracruz itself has a history of multiple cases in Tabasco, San Luis Potosí, which has documented six cases,” says Estrada.

“Women were first cheated, deprived of their freedom and later you find them murdered… Women had a precarious position, they are given something, they go alone, it should be probed, how this happened, how did they get trapped,” he adds.

three cases in a week

Rosa Isela, eight months pregnant, was found dead on Saturday, December 3, in the municipality of Medellin de Bravo in Veracruz.

The State Attorney General’s office reported that her child had already been born at the time of his location, but did not meet with her.

authority They arrested Gonzalo “Ann” and Veronica “Ann” Allegedly responsible for the abduction and murder of the girl.

At the time of her arrest, she had a baby girl, who was transferred to a hospital for evaluation and genetic testing to be performed and to determine her identity.

One such case happened on Sunday 4 December. Martha Aurora, eight months pregnant, and her friend, Claudia Lizbeth, were found dead. The 20-year-old girl had been missing since November 26, when she boarded an enforcement taxi with Claudia Lizbeth.

newspaper Millennium The Nuevo León Attorney General’s office reported that the child remained in its mother’s womb the entire time and that the cause of death for both young women was suffocation due to suffocation.

On the same day, Sunday 4 December, local media reported the case of Ana Lilia, 25, five months pregnant, who died in a hospital in the municipality of Landa de Matamoros, in Querétaro, after being stabbed by her partner.