Three students jailed for protecting a park in Jalisco 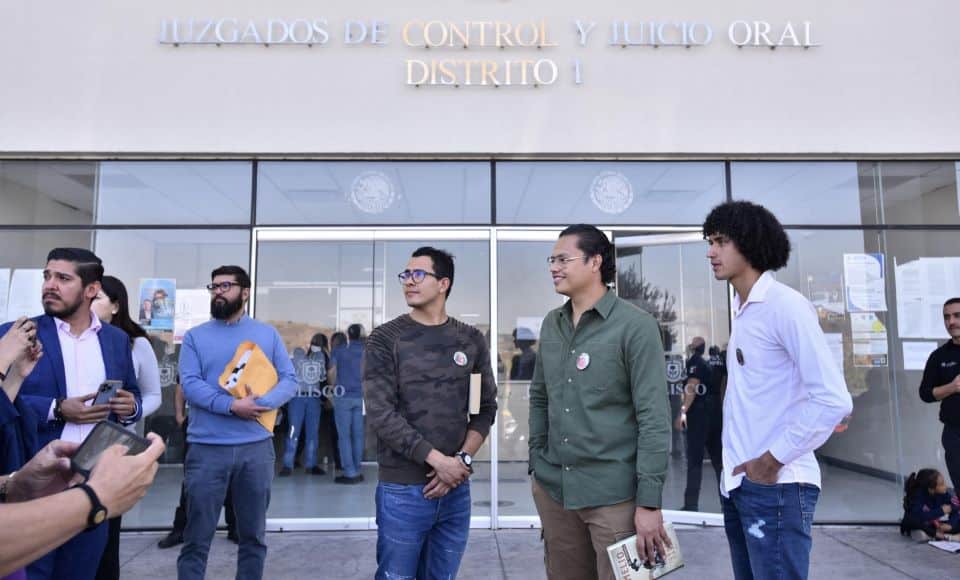 Javier Armenta, Ivan Cisneros and Jose Alexis Rojas, student of University of Guadalajara (UdeG) has been accused of violent eviction, originally for opposing the construction of a housing complex on the assigned site Huntiton Park In the capital of Jalisco.

This January 5, a judge decided to impose informal pre-trial detention on him after summoning him to testify in the case, leading university officials to declare a “state of emergency” and protest for his release. did.

“We didn’t commit any crime, the only thing we did was protect a park with the impunity of corrupt companies and the governor’s impunity for this crime and this eviction,” Javier Armenta denounced in a video before being jailed. “

Jalisco is in mourning, the division of powers is dead.

Three students were jailed today along with their parents, siblings, friends and friends @EnriqueAlfaroR, pic.twitter.com/hJXMnOcasD

According to the students’ advocate, Juan Carlos Guerrero, Jalisco Prosecutor’s Office Presented as evidence against the youths who had gone “armed” to park property as the youths went to plant trees with picks and shovels in Huntitan Park to reforest the property.

That’s how we protected Resistencia Huentitán Park with trees and courage. With faith in myself and in justice. We demand justice for our comrades.#WeAreStudentsNotCriminals pic.twitter.com/lzev69lVZy

In addition, he stated that the evidence presented by construction company workers was identical and maintained that the students had entered the property “in the dark, at night, and with firearms”, which, he said, was similar to the students at the Puente Grande prison. Providing informal pre-trial detention for.

“We categorically deny that they had weapons, the only weapons they had were weapons of resistance, weapons of dignity, and the judge relied on him to order informal preventive detention, he was treating them as criminals. treated as such,” he insisted.

He said the trial was “fraught with irregularities” and questioned Judge Felipe de Jesus Rivera’s decision.

today i supported @JavierArmentaMX Illich Cisneros and Alexis Rojas turned up for their taped hearing and were amazed by what happened, so I’ll share some thoughts.

i open the thread

“We are disappointed, I have never had such a brutal criminal process, such a lack of truthfulness and fairness; Four agents of the Ministry of Public Affairs and three legal advisors of the company appeared to accuse the three students. The whole power of the prosecution today is making false allegations, making false allegations.

The hearing against the students will resume this Tuesday, January 10.

Until now, the government of Jalisco, under the leadership of Enrique AlfaroNo details have been given about the charges against the youth.

This January 7, the General University Council (CGU) of the University of Guadalajara (UDEG) approved an action plan in response to the arrests of Javier, Iván and José, including the position of the Council of Rectors condemning the events . In the form of commissions that give legal aid to youth.

“Since October we already knew that the judiciary was being used for political opposition and there is no better evidence,” said Rector Ricardo Villanueva Lomeli, whose governor has clashed with Alfaro, of the university. After budget cuts.

“I am going to defend these youths as if I were their father, they are ours and we will not allow this injustice, so we call the council immediately, so I want to propose that we declare the university a state of emergency.” In the situation, we are living the most totalitarian moment in the state of Jalisco,” he said.

According to members of this council, in 2008 the Guadalajara City Council ceded part of these properties in Huantitán to private individuals for the private development of thousands of departmental units, with the promise of public green areas.

About 4,000 members of the Federation of University Students (FEU) mobilized and picketed in front of Casa Jalisco to protest the detention of students.