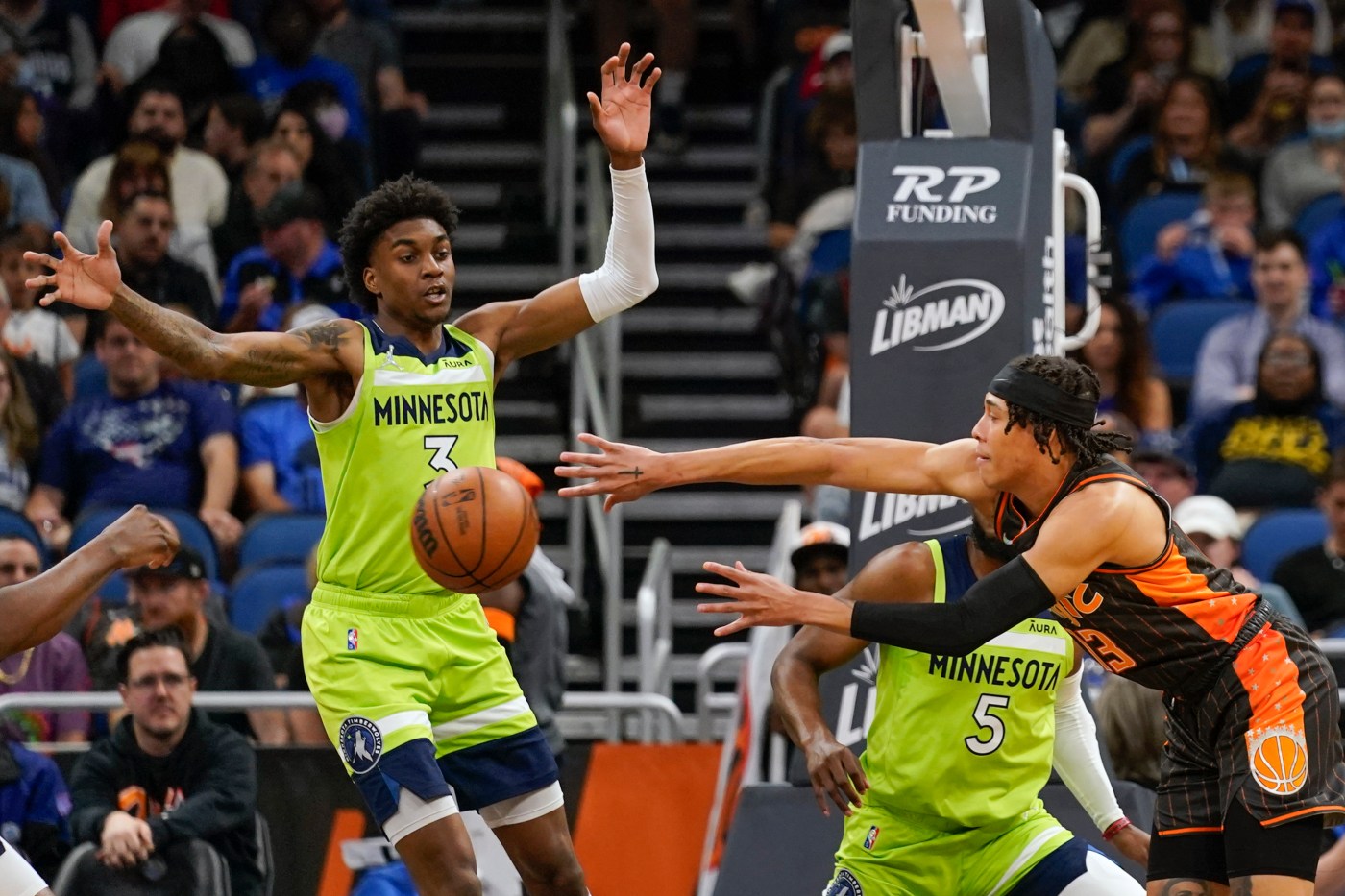 Jaden McDaniels’ absence leaves a big, gaping hole in the Timberwolves’ lineup, and exactly how long the forward will be out is still to be determined.

Timberwolves coach Chris Finch confirmed Wednesday that McDaniels has a high ankle sprain — an injury likely to keep McDaniels out for more than two weeks. The team said the forward is out “indefinitely.”

“We’ll look at it again in two weeks, but we can feel comfortable saying he’ll be out for that period of time for sure,” Finch said.

The postseason is less than a month away, and, at this point, McDaniels seems questionable for the start of it. McDaniels has been one of Minnesota’s best players for the better part of the last month-plus. He’s one of the team’s best one-on-one defenders and has shot the lights out of late, too.

“That’s just it. Every time the game kind of needed somebody to cut and get a dunk or make a corner three or play off the catch and throw one in, he did that. He’s been doing that for the last 30 games or so. That’s going to be huge,” Finch said. “With Jaden being out, we have to kind of fill in the gaps there with the rebounding and defense and people stepping up and taking the challenge.”

It will be a committee approach, Finch noted. Taurean Prince is likely to see more minutes, while Josh Okogie may have a consistent role now, too.

“I think a lot of the replacement minutes will be highly situational. What is it the game needs and who do we have on our team that can provide that?” Finch said. “If there’s something that looks and feels real, then we’ll definitely ride it out. At the moment, we’re going to explore different things.”

McDaniels marks the first real significant injury the Timberwolves have had to deal with all season. But when Minnesota has had guys miss mini-stints of games — whether it be Anthony Edwards, Patrick Beverley or D’Angelo Russell missing a few games here or there — others have stepped up.

“It’s been a big part of our success, being able to lengthen our bench,” Finch said. “Everyone has played really, really well when they’ve had opportunities to come in. When they’re not playing, they’ve embraced those opportunities, not about it. It’s a long season, as you know and these things always come back around. The mindset has been good. Guys are happy for each other when they get their chance. It’s really meant everything to the second half of the season.”

Prince said everyone is ready for whatever way in which they may be asked to pick up the slack.

“It’s just a mindset. Guys on the bench just got to be that much more ready, knowing that their time is coming,” Prince said. “I think everybody has that mindset, anyway, game to game. Which makes it definitely that much easier for guys to step up or somebody to take on a bigger role, so to say. We’ve got Jaden’s back. We know, get healthy and be back for the playoffs. We just have to do what we have to do to sustain everything we can until then and we’re 100 percent healthy.”