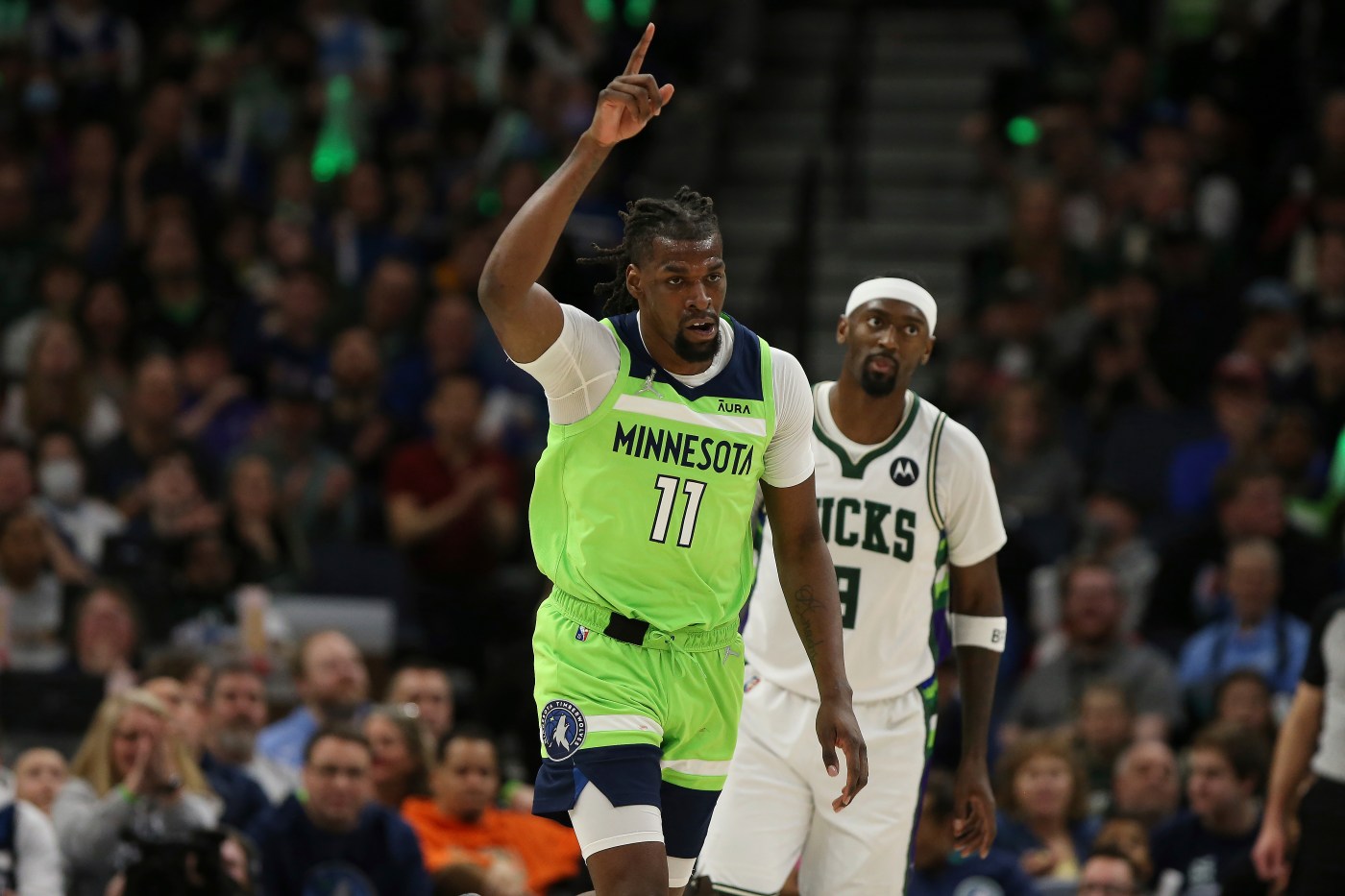 Anthony Edwards said time and again that he and his knee were “100 percent” after returning from a short absence to rest the knee amid his bout with tendinopathy. Few believed him. The wing didn’t seem to have the same spring in his legs that fans have grown accustomed to seeing.

Then came a breakaway Saturday that put many of those concerns to rest.

Edwards leaked out in transition off a Timberwolves’ steal. Jordan McLaughlin fired the ball up to the wing, who was all alone. That’s when Edwards lifted off.

His monster windmill dunk put Minnesota up 22 with nine minutes to play and put Target Center into a state of euphoria amid Minnesota’s 138-119 win over Milwaukee — the team’s 10th win over its last 11 games.

The win comes in the first of a difficult seven-game stretch in which Minnesota will face many of the league’s top teams. The Timberwolves received a bit of a reprieve hours ahead of Saturday’s home tip, with news that Giannis Antetokounmpo — perhaps the best player in the world — would miss the game with knee soreness.

Still, Milwaukee is the League’s defending champion, and even without Antetokounmpo, the Bucks (44-26) would likely be an above .500 team, and Minnesota trashed them. Edwards led the way, scoring 12 of the team’s first 18 points while taking on the toughest defensive assignment in Milwaukee wing Khris Middleton.

Edwards finished with 25 points on 9 for 16 shooting, making five triples to go with five rebounds, four assists and three steals. Karl-Anthony Towns added 25 points of his own along with 11 rebounds.

The win — which secures a winning record this season for the Wolves (42-30) — was the latest in a series of recent impressive offensive performances. The Wolves have had the NBA’s best offense since the calendar flipped to 2022. They’ve scored 124-plus points in eight of their past 11 contests.

Minnesota shot 51 percent from the field, going 22 for 47 from 3-point range.