Timberwolves get needed win over Dallas 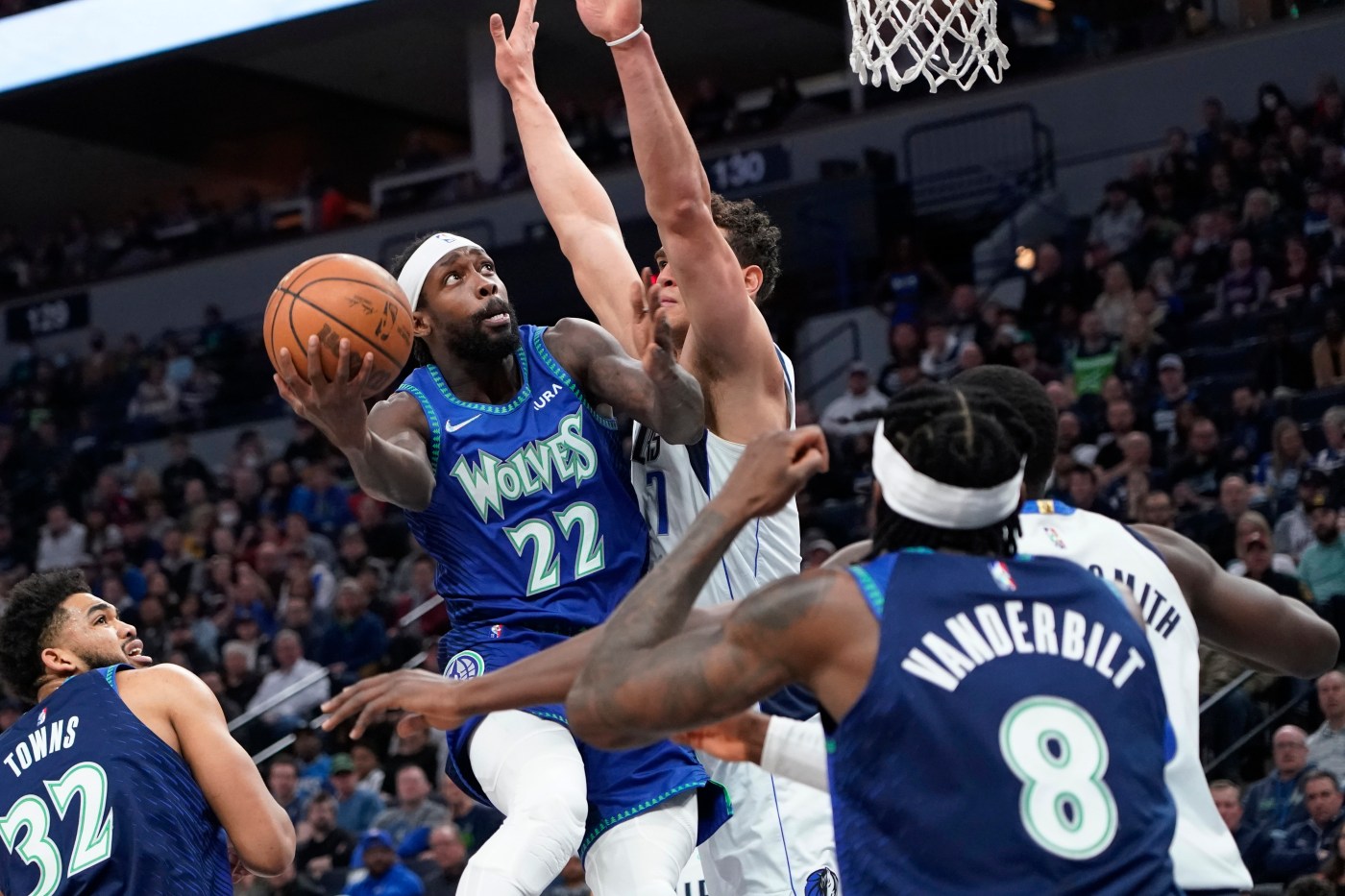 Regular-season games rarely fall into the “must win” category, but that was certainly the case Friday night for the Timberwolves.

Still one loss back of Denver for the No. 6 seed with games dwindling and staring aa road game against Boston — the hottest team in the NBA — in the face Sunday, the Timberwolves simply had to win Friday’s home game against Dallas.

And they got it done.

Minnesota looked like a team on a mission in its workmanlike 116-95 blitzing of the ice-cold Mavericks.

“We knew it was a must win,” Timberwolves point guard Jordan McLaughlin said on the floor after the game.

That much was obvious, as the Timberwolves possessed palpable emotion, which is becoming a near nightly trait. The fact that Friday’s came just three days after Minnesota lost to this same Mavericks team was no coincidence.

“We responded in a big way. … One thing I love about this team so much is that this team holds grudges. I like that. We talk countlessly, and I can’t tell you how many times our group chat went off about that game in Dallas and this game coming up tonight,” Karl-Anthony Towns said. “The importance was understood. The assignment was understood. I thought we matched their physicality. We played amazing defense. We gave up 17 points in the third quarter. We came out ready to go. That’s just a testament to our guys buying into each other, and our coaching staff getting the most out of everyone.”

Malik Beasley left the game with an ankle sprain and didn’t return — Finch “hopes” the injury isn’t too bad — while Naz Reid essentially limped around the floor the entire game.

A Wolves’ roster that’s been relatively healthy for much of the season is starting to suffer blows, but continues to make do with what it has.

“Couldn’t be more pleased, more proud of them,” Timberwolves coach Chris Finch said. “I know everyone is banged up. There’s so much on the line for us, and it’s just indicative of not how bad we want it, but how bad they don’t want to let their teammates down.”

Towns scored 20 points on just 10 shots to go with nine rebounds to pace a team that dominated via balance. Seven Timberwolves players scored in double figures, with Taurean Prince scoring 14 and McLaughlin adding 16 from the bench.

The Wolves (43-32) led by 11 at the break, and unlike Wednesday — when the Suns roared back from a 13-point halftime deficit to blow by the Wolves in the second half — Minnesota only built on its advantage as the game progressed to end its two-game losing streak. McLaughlin played a key role in putting the game on ice in the second half, as he dissected the Mavericks’ defense with ease. Finch called the reserve guard the “star of the night.”

“J-Mac was the spark that he’s been for the last 30 games or whatever it’s been now,” Finch said.

Minnesota shot 51 percent from the field, a stark contrast from its counterpart. Luka Doncic was still his dominant self, tallying 24 points, 10 rebounds and eight assists, while burying five triples.

But his teammates gave up nothing in terms of assistance. Dallas (45-29) was held under 39 percent shooting from the field.

Doncic generated open looks from deep for his teammates, who clanked one attempt after another. Doncic’s teammates went a combined 3 for 29 from deep until the end-of-bench reserves entered the contest late. The same corner triples that the likes of Reggie Bullock and Dorian Finney-Smith were raining down in Dallas’ win Monday over Minnesota were putting dents in the Target Center iron on Friday.

It was another example of how simple the NBA can be sometimes — the team that makes shots at a higher clip will win.

Minnesota needs that team to continue to be itself as it heads into a difficult three-game road trip with everything on the line.

“We got this one, so I feel like that’s a good momentum going on the road,” Prince said. “Hopefully we can get the majority, if not all, of these road games coming up.”