Tips for making the most of Google Translate’s capabilities 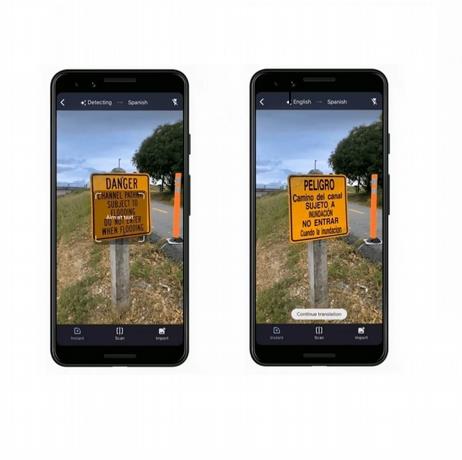 Google Translator One of the most widely used free Google products in the world, capable of translating words, phrases and web pages almost instantly 150 languages Available.

There are many users who come to this service on a daily basis to learn more about the environment around them when it comes to a language they don’t know, although not all of them actually do it. Know how much information it can provide.

Currently, Google Translate offers three ways to translate one language into another from its main web page. First, it has a text box where you can type or paste up to 5,000 characters.

These can be simultaneously translated into one of about 150 languages, a section that includes languages ​​such as Tsonga, Twi, Tamil, Ewe, Kryo, Sindhi, Cebuano, Hmong or Oromo, along with languages. With a large number of speakers (English, German, Italian or Danish, among others).

On the other hand, this service offers A section for attaching documentsWhich is powered by Google Cloud Translate, an automated service that translates large amounts of files into many different languages.

Once the document to be translated has been uploaded, this program will convert it to the selected language and create another document with the same format, but with the text already translated.

Finally, Google Translator offers the possibility to paste a link to a certain web page in your browser. Once you have selected the language in which you want to translate this site, a new tab opens with that page in the chosen language.

Translator for ‘smartphone’ too

In addition to these basic functionalities included in your own web page, the translator can be downloaded as chrome extension to translate directly into a website or Apps for iOS and Android,

A functionality called ‘Transcribe’ has been integrated in its version for ‘Smartphone’ precisely that Simultaneously translate any conversationWithout the need to manually type the text to be translated.

This is a feature that detects the voice of the interlocutor and is unknown to users of this Google service, who can participate in the conversation without losing any details.

Additionally, the translator is integrated into the Google Lens mobile app, which allows users to Capture information with camera Behind the ‘smartphone’ and access the various possibilities. Among them, translation.

That way, you can take a picture of a poster or restaurant menu, among other examples, and translate it in seconds without having to type it into the translator itself.

The feature also works by attaching an image from the gallery or passing the device in front of the text you want to translate until the system detects it is writing, without the need to capture it.

Finally, Google considers an alternative to Translate play offline And bearing in mind that many users may need their services in countries where their telephone company may increase their mobile data rates.

In this sense, Google informs that, to translate any language without Internet and in any part of the world, it is necessary to download the said language only while there is a connection and to use this information offline. stored on the device.