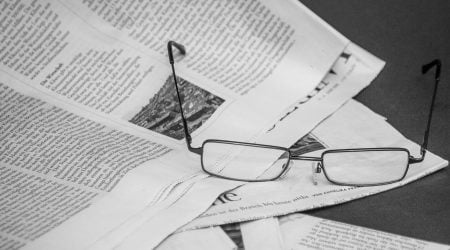 Traditional Owners say they have not given their free, prior and informed consent for a 300km long gas pipeline to be laid through Tiwi sea country and into Darwin, Larrakia country. Tiwi Islanders say that the Barossa gas project will damage their pristine sea country and threaten local marine life, especially turtles, which play a central role in Tiwi culture, ceremonies and the local ecotourism industry.

The legal challenge could prevent the South Korean Government from lending approximately $AU964 million to the Barossa gas project via its export credit agencies, the Export-Import Bank of Korea (KEXIM) and the Korea Trade Insurance Corporation (K-SURE), putting the financial viability of the entire project at risk.

Jikilaruwu Tiwi Island clan leaders, Francisco Babui and Daniel Munkara, say that their people were not properly consulted on the Barossa gas project and have accused Santos and previous owner ConocoPhillips of misleading them about the prospect of it going ahead at all.

“Santos did not fully explain their plans to build a gas pipeline along our coast. Santos did not explain any of the risks. We were told briefly about the pipeline in 2018 [by previous owners ConocoPhillips] and we said ‘No’ to the project. They said it wasn’t happening. Now we find out they went behind our back. Santos wants to lay the pipeline through our sea country without our consent.”

“By taking the South Korean Government to court to stop this gas project, we are protecting our family and our land. This gas project puts our way of life at risk.”

The Barossa Project has been in development since 2004, but Tiwi Islanders say they are only learning about it recently– just months before drilling is expected to commence this year.

In the proposal for the project that was submitted to the Australian offshore petroleum regulator, NOPSEMA, the record of consultation reveals that just two emails were sent and one unanswered phone call was made to the Tiwi Land Council. The Barossa Offshore Project Proposal does not mention consultation with Larrakia traditional owners.

The project was then approved by NOPSEMA, who considered the consultation process complete. Recently, Santos have appeared via video link at several clan meetings, but failed to disclose potential environmental impacts.

Traditional Owners fear impacts to cultural sites, turtles and other marine life that are central to their culture.

The pipeline, connecting the Barossa gas field to the Darwin LNG plant 500 km away, runs through the protected Oceanic Shoals Marine Park and along the entire length of Bathurst Island. The construction of the pipeline poses a major risk to turtle hatchlings and nesting beaches, involving extensive seabed disturbance, dredging, increased shipping and helicopter movements over the islands and significant noise and light pollution.

“The pipeline is too close to Cape Fourcroy. There is a reef there with lots of turtles and dugongs. The turtles lay their eggs on that beach and we go hunting in that area. We use that coastline for camping and fishing. In the dry season we take our children there every week. We teach them about our culture and dreaming stories. I was taught there on that sea country and on that land country the same way by my father and grandfather.”

The pipeline would transport gas into Darwin, the country of Senior Larrakia Traditional Owner Kevin Lance Quall, who says:

“The Barossa project is devastating for us and our future. It will have a big impact, especially for Aboriginal people. This kind of thing has been happening to Dangalaba and Larrakia people for over forty years.

“If the Barossa project goes ahead, there will be more development in Darwin harbour. Santos will build a third gas pipeline, expand their LNG plant so it’s bigger, another petrochemical plant might be built and lots of businesses will build plants in the area to receive gas from Barossa. It means massive industrialization on Dangalaba and Larrakia country.”

“Dangalaba people do not want more heavy industry in Darwin harbour. The mangrove systems in Darwin harbor are important to our sea life – it’s where we go to do our hunting, fishing and gathering. We take fish from the harbor, and oysters, crabs, prawns, mussels, longbums from the mangroves and we use mangrove worms for important medicine.”

“There are many sacred sites around Darwin harbor – both on land and in the water. The most important site for Dangalaba and Larrakia people is the site of Darramarangamanidj (our creator). She resides at a place on Cox Peninsula, but the gas pipeline through the harbor cuts right through her dreaming track.”

Traditional Owners are using any legal means they can to challenge the Barossa project, including going to court in South Korea.

Lawyers for the plaintiffs have filed for an injunction in the Seoul Central District Court under the Korean Civil Execution Act, against KEXIM and K-SURE, export credit agencies for the South Korean Government. The legal action could prevent the South Korean Government from lending around $AUD964 million to the Barossa gas project, putting the financial viability of the entire project at risk.

Mr Babui said: “We hope that we win this case and that no one will want to give any more money to Santos. If they do, we will be ready to fight them too. We should have been consulted about this project. If they don’t want to speak to us face to face, we will keep saying, ‘No’. We do not want this project to go ahead.”

The Tiwi’s challenge comes amid a growing trend of climate litigation against public financing of fossil fuels, including the landmark victory by campaigners against the Korean utility KEPCO’s coal mine expansion in Australia. Over the past decade, the Australian fossil fuel industry has received over AUD $36 billion for its fossil fuel projects from international public financial institutions, including export credit agencies.

“Public finance is often the keystone of getting risky projects like Barossa over the line. Without it many would just fall over,” said Dina Hopstad Rui, a researcher at Jubilee Australia Research Center.

“Most people don’t know it’s happening, but governments around the world are using export credit agencies, such as KEXIM and K-SURE, to quietly funnel taxpayer-backed subsities to fossil fuel companies,” added Rui.

Environment Center Northern Territory’s Energy Campaigner, Jason Fowler, is concerned about the climate impacts of the project, slated to be the dirtiest offshore gas project in Australia. He also concurs with the plaintiffs that the Barossa project poses devastating risks to the Tiwi Islands’ marine ecosystem.

“The Barossa project is expected to produce 15.6 million tons in annual greenhouse gas emissions, as much climate damaging pollution as three million passenger cars, for every year it operates,” said Mr Fowler.

“At a time when the International Energy Agency has said that no new gas projects can go online if we are to avoid catastrophic climate change, for public financial institutions to be funding this dirty fossil fuel project is reckless and irresponsible”.

“Climate risks aside, this project could cause serious harm to marine ecology, including the vulnerable Olive Ridley sea turtle, as well as threaten the cultural heritage of the Tiwi people and their sea country.”

The Barossa project also undermines both Australia and South Korea’s pledge to reach carbon neutrality by 2050.

Regarding the injunction case, Dongjae Oh, researcher at Seoul-based Solutions for Our Climate, stated that “There is no more carbon budget for the world to develop extra fossil fuel reservoirs. The South Korean government must listen to the Traditional Owners and stop supporting Santos and SK E&S’ greenwashing initiative that exploits marginalized communities overseas.”

/Public Release. This material from the originating organization/author(s) may be of a point-in-time nature, edited for clarity, style and length. The views and opinions expressed are those of the author(s).