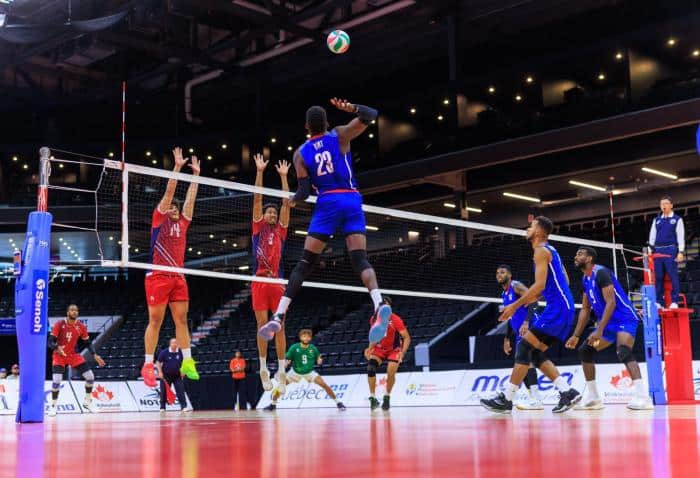 Cuba has, in its undefeated 16 appearances on the court in four preliminary competitions for the World Championship, defeated all Pan American Volleyball Cup rivals – at least once – except Brazil, which has not faced off.

He has been running his best version since May 5 at the Norseca Challenger Four in Pinar del Río. They won the Final Six in Nayarit, Mexico, which gave them the right to play and win the World Challenger in South Korea, qualifying for the 2023 Nations League, until reaching this continental competition in Canada, a prelude to the World Cup. , in Slovenia, from the 26th of this month to the 11th of September.

In their run through the event, the Caribbean has minimized the unforced errors that gave opponents so many points and forced them to try from below on the board to reverse the compromising positions. Against the United States he made 18 fouls for 23; Against the Dominican Republic – which on occasion posed more resistance – he committed 26 for 16, and in his third consecutive win over Chile in the year, he blundered 17 for 21 at an average of six per set, as the world elite. Class castes.

The Antillean team went to the break as the leader yesterday, with 136 strikes: 78 good and 30 failed in 244 attempts, for 55.74% success, an excellent figure as long as it exceeds 50%. He also led the receipt, an aspect in which he has improved by adding 107 excellent and 10 faults, achieving 60.63% effectiveness, in a total of 160 attempts. These numbers, when they are above 50%, are flattering, maximizing two of the game’s decisive elements: attack and reception, in addition to being in second place among the liberals, as Yander García stood out.

In individual performances, opposite Jess Herrera is ranked 15th on the list of best scorers, collecting 30 points (22 from attacks, 3 from blocks and 5 from services). The left-hander also leads the serve, where his 5 aces (direct points) are worth it, the same amount that Miguel ngel López, who escorts him, treasures.

Center back Livan Osoria is fourth on blocks: 6 effectives, 13 fouls and 6 balls that, after touching the wall, continue the passage of the game, which brings them to 0.67 per set.

For Group B, Canada beat Brazil and Puerto Rico beat Mexico 3–2 on the last day of the tie. The hosts advanced directly to the semi-finals, along with Cuba for Key A.

On Friday evening, the Eagles defeated Mexico to advance to the semi-finals, while the United States did the same with Puerto Rico. Thus, the Chilean team will once again take on the Cuban team from 5:00 pm today, and the Americans will face Canada in the second semi-final duel. The winners will animate the final of this competition.