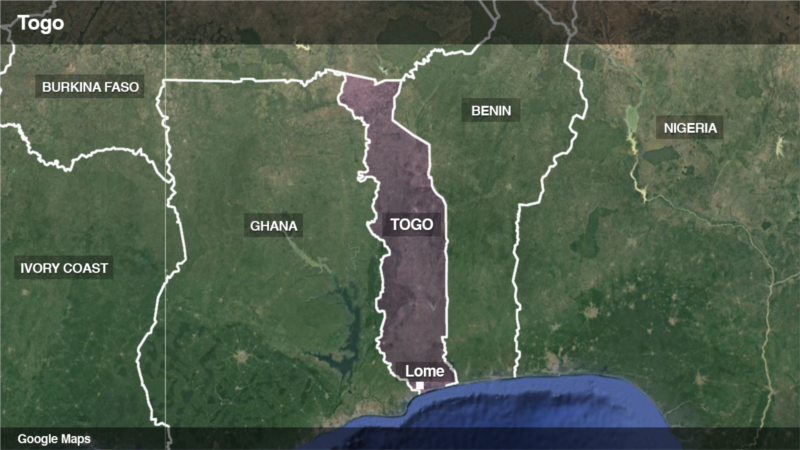 Togo’s military says one of its planes accidentally targeted and killed seven teenagers in the north of the country, mistaking them for Islamist militants, who were initially suspected in the attack.

He says that the military expresses deep regret over the incident and says that everything possible will be done to prevent this kind of tragedy from happening again.

Togolese Army Chief of Staff General Dadja Maganawe said in a written statement that a plane had mistakenly targeted civilians in the village of Margba in Tone prefecture in the northern Savanes region.

The statement said the army had intelligence indicating an imminent threat of infiltration by armed groups who wanted to attack local communities.

Instead, the victims were teenagers returning home from celebrating Eid-al-Adha, Islam’s sacrificial festival, known in the Wolof language as Tabaski.

Michel Douti, an independent security expert who works with Togo’s Interministerial Committee for the Prevention and Fight against Violent Extremism (CIPLEV), praised the army for taking responsibility.

He says it was an act of courage, an act of bravery, an act of transparency, an act caused by the desire and the obligation to be accountable and show what the army is doing in the fight against violent extremism.

Togo declared a state of emergency in the Savanes region in June after Islamist militants attacked near the Burkina Faso border, killing eight soldiers and wounding 13.

An al Qaeda-affiliated group fighting in Burkina Faso and Mali claimed responsibility for the attack.

They were the first recorded deaths from terrorism in Togo, a country of 8 million people on the Gulf of Guinea in West Africa.