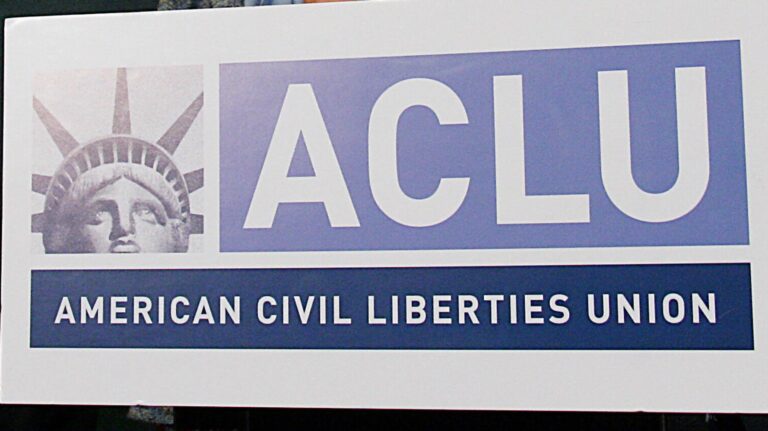 A top executive at the American Civil Liberties Union is departing the organization suddenly, HuffPost has learned, following at least two years of complaints about his treatment of staff and high attrition in his department.

The executive, Ronald Newman, had been director of the ACLU’s national political advocacy department since March 2019. The department is key to Executive Director Anthony Romero’s marquee plan to transform the ACLU from a legal powerhouse into a force to be reckoned with across the entire political battlefield — in state legislatures, on ballot initiatives and on issues driving local elections.

As head of the department, Newman held major sway over virtually every public battle that the ACLU has chosen to wage beyond the courtroom. But inside the organization, Newman was the subject of sustained complaints about his treatment of staff, including claims of bullying and misogyny and accusations that his fixation on short-term wins was thwarting the ACLU’s ability to push for more meaningful and lasting policy changes.

In Newman’s nearly three years as director, his department of roughly 100 people shed dozens of employees, many of them women of color. So many people have left that the ACLU has lost the ability to effectively advocate on some of its core issues, former and current staffers told HuffPost.

In late 2021, the organization hired an outside human resources consultant to conduct an investigation of Newman’s department. On Thursday afternoon, staff were called into a snap meeting where they learned that Romero had decided to make “leadership changes” and that Newman would be leaving in the next two weeks.

The meeting took place less than 24 hours after HuffPost informed the organization that it had learned about the outside human resources investigation, and was planning to write a story. It also fell in the middle of a staff revolt over an op-ed by Vikrum Aiyer, one of Newman’s deputies, in which he said he supported San Francisco Mayor London Breed’s tough-on-crime crackdown.

“I want to thank Ronnie Newman for his years of work at the ACLU,” Romero told HuffPost in a statement Thursday. “Under his leadership, the department ran many impactful electoral campaigns, and executed on important and successful ballot referenda in key states. During his tenure, the department is more than doubled in terms of staff size and budget. The National Political Advocacy Department transitioned from being a policy shop to a policy and political juggernaut ― all in the middle of the Trump administration.”

Former and current employees who spoke to HuffPost this week allege that Newman was bullying and misogynistic. Notes and internal documents that HuffPost reviewed reflect similar complaints. Newman’s departure was announced before HuffPost was able to corroborate those claims or obtain information about how HR inquiries into Newman’s behavior concluded.

Several women of color who were part of the exodus from Newman’s team said they left because of discrimination they experienced at many levels of the organization, not solely because of Newman—and not because of him at all, in some cases.

One former employee said she didn’t think Newman, who is Black, would have been singled out for complaints about his behavior if it weren’t for his race.

“There are no innocent parties,” she said.

ACLU executives have been aware of the discord on Newman’s team for at least two years. In February 2020, Newman, members of his staff and HR executives held a contentious meeting in the ACLU’s Washington, DC, office, where multiple staffers gave examples of what they saw as Newman’s bullying and demeaning behavior. Others spoke up about low morale and the flood of departures.

But until Thursday’s surprise announcement, Romero, the organization’s formidable longtime director, had made it clear that Newman had his steadfast support. Partway through Newman’s tenure, Romero held nearly two dozen one-on-one meetings with Newman’s staff where they could articulate their grievances. Romero concluded the listening tour with a December 2020 memo that stunned many employees. It acknowledged many of their complaints – the high turnover, the lack of long-term strategy, the low morale – but made it clear that Newman was not going anywhere.

“Some of you will be disappointed by any plan that doesn’t encompass leadership change,” Romero wrote. “While I heard those suggestions, I rejected them in the end. Ronnie is enormously talented and I value him.”

“For each of you individually, the hard question is: ‘Can I give this another shot and give it my best?’” he wrote. “If the answer is honestly ‘no,’ then you owe it to yourself, the organization, and to your colleagues to be real and to make a change that allows you to engage at some other part of the ACLU or at another organization.”

When the turnover and staff protests did not subside, the ACLU hired Muriel Watkins, a former vice president for human resources at the NYT Media Group who now runs a human resources consultancy, to conduct an outside investigation. Watkins was nearly done with her work in December 2021, according to emails seen by HuffPost, but she has not yet reported her findings and recommendations to the full national political advocacy team.

In a statement Thursday, Newman said he was proud to have led the department through upheaval and the assaults on civil liberties under former President Donald Trump.

“I fully recognize that the pace of change and activity caused frustration for some,” Newman said. “But I have always done my absolute best to listen, learn and bring as many voices to the table as possible while staying on track and executing a strategic vision focused on impact.”

“I’ve had to work hard for everything I’ve accomplished, and I know that leadership is tough, but I’m truly sorry for any areas where I have fallen short,” he went on. “I wish everyone who joined me on this ACLU journey the absolute best as they continue this important work.”

Many former and current staff members, including those who told HuffPost they left because of Newman’s leadership, said the problems swirling around him stem from deeper issues of discrimination within the ACLU.

In the past year or so, a steady procession of women of color have left the ACLU and sent their colleagues scathing goodbye emails pleading for the organization to change.

“I am concerned that these internal issues keep the ACLU from doing the fundamental work of changing the country and advancing civil liberties,” read one such email. “I hope the organization can change, even though I know that I am too weary to continue on here.”

This is a developing story. Have more information? Reach out to [email protected].