Tory MP claims no ‘massive use’ for food banks in UK 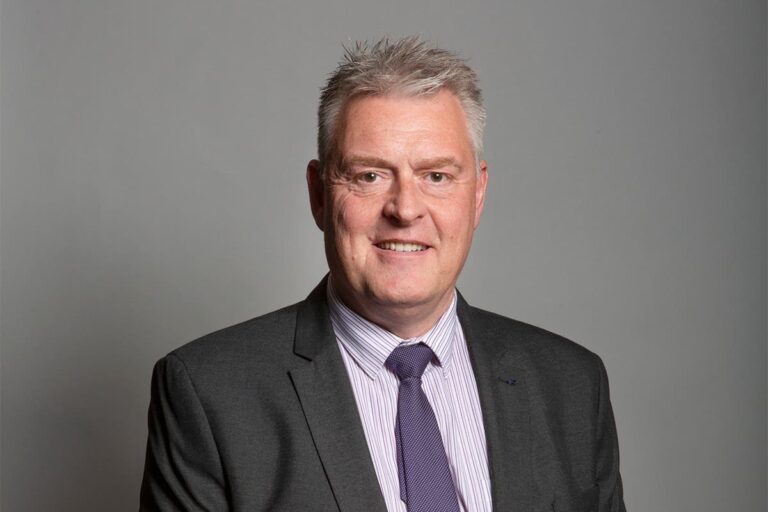 A Conservative MP is under fire after claiming there is no “massive use” for food banks in Britain, and suggesting people use them because they are unable to cook or budget “properly”.

The MP for Ashfield Lee Anderson made the remarks – labeled “condescending” by unions – as ministers face intense criticism over support available to the most vulnerable amid a cost of living crisis, with soaring energy bills and levels of inflation at a 30-year high .

Earlier, cabinet minister Michael Gove provoked anger as he defended the government’s approach, ruled out demands for an emergency budget, and suggested people “calm down” over the lack of extra financial support before the autumn Budget.

During a Commons debate on the Queen’s Speech, Mr Anderson invited MPs to visit a food bank in his constituency to witness a “brilliant scheme” whereby those in receipt of food parcels have to “register for a budgeting and cooking course”.

“We show them how to cook cheap and nutritious meals on a budget – we can make a meal for about 30p a day – and this is cooking from scratch,” he added.

But when pressed by a Labor MP whether it should be necessary to have food banks in 21st century Britain, Mr Anderson replied: “I’ll invite you personally to come to Ashfield, look at our food bank, how it works.

“I think you’ll see first-hand there’s not this massive use for food banks in this country. We’ve got generation after generation who cannot cook properly, they can’t cook a meal from scratch, they cannot budget.”

Addressing MPs, he added: “The challenge is there – come. You’re sat there with glazed expressions on your faces, looking at me like I’ve landed from a different planet. Come to a real food bank that’s making a real difference to people’s lives.”

According to the Trussell Trust – the largest network of food bank providers in the UK — the main drivers of food bank use are problems with the benefits system, challenging life experiences, ill-health, or lack of informal or formal support.

Between April 2021 and March 2022, food banks in the organisation’s network distributed more than 2.1 million emergency food parcels – a 14 per cent increase compared to the same period in 2019-20.

“Cooking from scratch won’t help families keep the lights on or put food on the table, if they don’t have enough money in their pockets.”

They added: “Our research shows that people at food banks had on average just £57 a week to live on after housing costs, and no amount of budget management or cooking classes will make this stretch to cover council tax, energy bills, food and all the other essentials we all need to get by.

“That’s why we’re urgently calling on the government to bring benefits in line with the true cost of living and – in the longer term – to introduce a commitment in the benefits system to ensure everyone can afford the essentials we all need to survive. “

Following Mr Anderson’s comments, the SNP’s Joanna Cherry hit back in the Commons, saying: “All of us have food banks in our constituencies, we don’t really need to visit his because we’re perfectly well aware of the requirement for them.

“The requirement for them is not that people don’t know how to cook, but because we have poverty in this country at a scale in this country that should shame his government”.

Wendy Chamberlain, the Liberal Democrats’ welfare spokesperson, said Mr Anderson should apologise for the “shameful” remarks, which were an “insult to millions of hard-working people”.

Karen Buck MP, Labor’s shadow work and pensions minister, said: “In the world where people actually live we now hear daily stories of families going without food and others unable to turn their ovens on in fear of rising energy bills.

“The idea that the problem is cooking skills and not 12 years of government decisions that are pushing people into extreme poverty is beyond belief. Out of touch doesn’t even cover it.”

The row follows confusion over Boris Johnson’s promise on Tuesday that more help would be revealed in “the days to come”, before the Treasury ruled out further short-term financial measures, including an emergency budget.

Mr Gove told BBC Breakfast: “The prime minister was making the point we are constantly looking at ideas to relieve the pressure on people facing incredibly tough times – but that doesn’t amount to an emergency budget.”

The minister added: “It’s example of some commentators trying to take a statement that is commonsensical, turning it into – capital letters – a big news story, when the Treasury quite rightly say, ‘calm down’.”

The levelling up minister also claimed Labor and Lib Dems have no “whizz bang ideas” to address the cost of living crisis – despite rejecting their call for a windfall tax on oil and gas company profits.