Training as a shortcut to a better future This is the story of four teenagers who dream of a future full of job opportunities. spoiler: This is not a rose-budded dream.

Precious was born in Nigeria. And always wanted to be a teacher. Carlos, a Spaniard, would like to link his professional life with computing, in particular computer repair. Claudia, also of Spanish nationality, dreams of being a nursing assistant. And finally, Isaiah, a Moroccan, wants to be a carpenter. For many others, the aspirations of these four youths may be relatively easy to achieve. However, it is no less than impossible for them to reach their dream job now.

Precious, Carlos, Claudia and Isaiah are the stars of the campaign imagine a futureLaunched by ING in collaboration with UNICEF, to raise awareness of the vulnerable situation in which millions of young people find themselves. According to a report prepared by the Foesa Foundation (Promotion of Social Studies and Applied Sociology), during 2021 in Spain, around 2.7 million young people aged 16 to 34 faced some form of social exclusion that prevented them from living in their homes. Prevents completion of development projects. Transition to adult life.

According to an intelligence analysis of data drawn up by ING from various official public sources, with each year of training the chances of young Spaniards to get that dream job increase by 13.3%.

This is the delicate landscape in which the four protagonists of the ING initiative find themselves immersed. Taking into account various parameters such as their origin, gender or educational level, the artificial intelligence technology predicted the lowest chance for all of them to reach their dream job: Precious had only 3.9% to find an education-related position there is a possibility; Carlos, 6% opts to devote himself to computing; Claudia has a 6.3% chance of being a nursing assistant, and Isaiah will be a carpenter in only 3.5% of the cases.

a program that enhances life

But these predictions do not mean that your future is already written, far from it. Yes, changing it all depends on the springboard for all of that: training. What’s more, according to an intelligence analysis of data drawn up by ING from various official public sources – such as the INE, the Ministry of Education and Vocational Training, the Ministry of Labor and Social Economy or the Ministry of Inclusion, Social Security and Migration, among others – With each year of training, the chances of young Spaniards getting that dream job increase by 13.3%.

Aware of both the vulnerability that so many youth face, and the importance of the training, the bank decided to join the program generation unlimited, In collaboration with UNICEF. Its objective is to promote the talents of a whole generation of young people between the ages of 16 and 25 at risk of social exclusion in Spain and throughout the world. 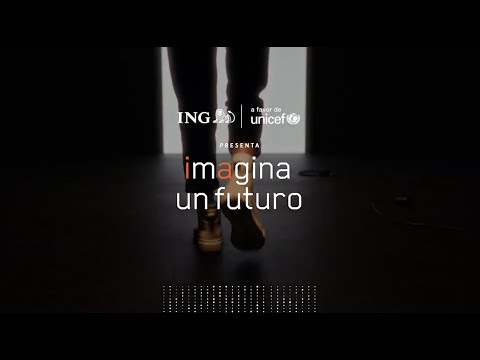 To this end, through the program these young people are offered many opportunities: from training in financial health or other areas such as digitization or cyber security, to professional experience in different areas of the bank that allow them to know the world of work . , In addition, ING helps young people seek both internships and employment through the program’s shuttle, and the organization’s volunteers accompany them personally and do their best to inspire and help them better integrate into society. Let’s personally help them with the process.

This program is successful in 2022. During this year alone, ING has contributed to 674 young people participating in vulnerable situations in Spain. generation unlimited And seven training programs in entrepreneurship, financial health and digitization have been implemented through nine Spanish social institutions. In addition, 107 Bank volunteers have contributed their knowledge, time and experience, as well as providing support to these youth in their transition to adult life.

This is the same process experienced by Bokri, Fernando, Maria, Napur, Amina and Mohammed. All six have participated in the program generation unlimited Both in Spain and in the rest of the world, and some of them have already found a job of their choice. This is the case, for example, of Bokri, born in Guinea Conakry. His dream was to become a baker, but he had to work with his father in the fields to support the family. When he arrived in Spain, he began training in cooking, and is currently the head baker of a sustainable restaurant in the center of Madrid.

Others, such as Fernando, Maria, Mohamed or Napur, continue training. The first, Spanish, always wanted to work in a hotel, but had to drop out of school. Afterwards, he resumed his education and worked as a kitchen assistant until he was able to complete a hotel management program. A similar case is that of Maria, who is also Spanish. She wanted to get a job in social intervention, but had to give up her studies to take care of her siblings. with the help of now generation unlimited, He is studying to achieve it.

During 2022, ING has contributed to 674 young people in Spain in vulnerable situations participating in ‘Generation Unlimited’ and implemented seven training programs in entrepreneurship, financial health and digitization through nine Spanish social institutions.

In Somalia, Mohammed did not have access to education. However, thanks to a social entrepreneurship program, he is receiving training in plumbing and literacy and numeracy classes to fulfill his dream of having his own workshop in his country. Life has not been easy in Napur, Bangladesh. A disability never stopped him from envisioning a job in an office. Now, thanks to the program with which ING cooperates, he sees it very closely, while he puts into practice his knowledge of graphic design and office automation. Finally, Myanmar, Amina’s example from a refugee camp in Burma. After attending a tailoring program, she decided to go into business, starting a clothing business that makes and sells clothes to her friends and neighbors.

Six difficult stories, yes, but full of hope, improvement, and learning. For them the dream of the future is already a reality.

Everyone’s cooperation is needed to shape the future of all these youth and to make their employment possibilities accessible to them. For this reason, from ing they have opened a way so that everyone who wants to donate can help by donating to the various projects run by UNICEF around the world.

For example, with a contribution of five euros you will contribute to one hour of training for a young person receiving job orientation in Spain. If the donation amounts to 20 Euros, 80 young women in India will be helped to develop skills to access the labor market. And if the amount is 76 Euros, a young person in Spain will receive one month of orientation to enter the workplace.

Donations are not limited to the customers of the institution only. Anyone can promote the future of these youth by transferring money in the name of UNICEF to the following account number: ES71 1465 0100 93 6000122707