Transplant an American-style democracy and cause trouble 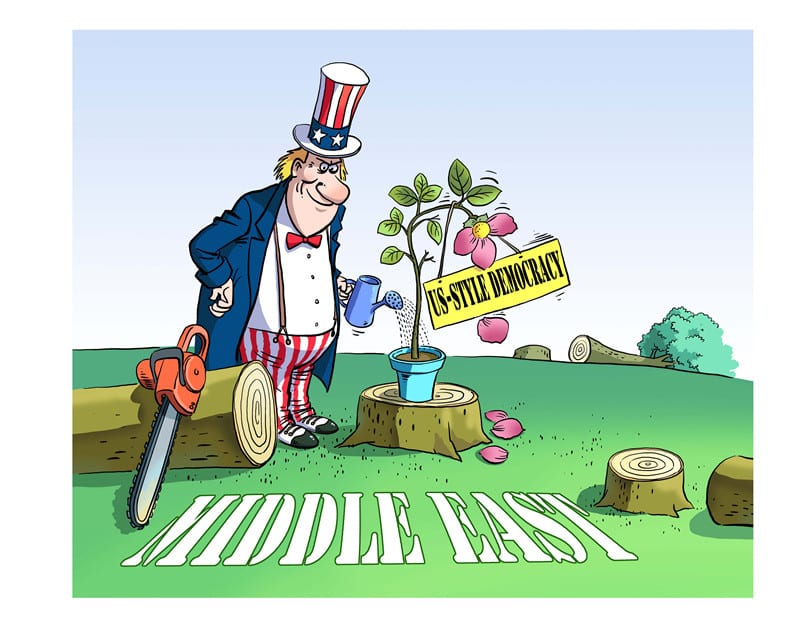 Over the past decades, the United States has clearly trampled on national sovereignty and violated human rights in other countries in the name of “democracy”, committing a series of crimes in the Middle East. The so-called “American-style democracy” is nothing more than a cloak under which the United States has created chaos in the region in an attempt to maintain its hegemony.

After the end of the Cold War, America, which tried to continue to seek its own selfish gains, acted as a bully in the Middle East. Washington pushed for regime change in the region among sovereign states that refused to follow the American way and acted against American interests, including through violent means such as military intervention, “US-style democracy”. American” was forcibly transplanted.

The United States fought a war in Afghanistan in 2001 and a war in Iraq in 2003, overthrowing the regime it “did not like.” The United States caused trouble in the region, with bitter consequences for innocent people. Due to US intervention in the region, the Middle East suffered prolonged unrest and endless conflict, with dozens of people becoming homeless refugees.

Carrying out a “color revolution” was an age-old ploy used by the US government to create chaos in the region. Since 2010, the US has stirred tensions in the region in the name of the “Arab Spring”, with incidents aimed at provoking protests, supporting non-governmental organizations, media exploitation, and provoking conflict and confrontation in the region. organized a series of Putting diplomatic pressure on countries. These events have resulted in chaos in many Middle Eastern countries.

The “forced transmission” that the US government has stubbornly promoted in the Middle East has caused endless and irreparable harm and loss to the people of the region. Jack Midgley, a US military adviser to Afghanistan, said the US has been undermining democracy by imposing American-style democracy in its wars abroad for the past few decades, regardless of the will of the local people.