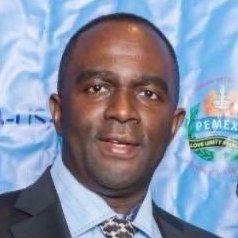 Treatment of mild, chronic hypertension in pregnant women reduced the risk of preeclampsia, medically indicated premature birth, placental abruption, and fetal or neonatal death by approximately 18%, according to new data.

In a late-breaking summary presented at the American College of Cardiology (ACC) 2022 Scientific Sessions in Washington, DC, researchers from the Chronic Hypertension and Pregnancy (CHAP) Trial Consortium reported that the treatment of blood pressure at <140/90 Achieving mmHg with antihypertensive therapy in pregnant women was not only effective in reducing the risk of compound adverse neonatal and fetal outcomes, but safe against the risk of affected gestational age birth weight.

The findings provide supporting evidence for the treatment of pregnant women with antihypertensive treatment – a controversial strategy that was not supported before the CHAP data by findings showing benefit for maternal, fetal or neonatal outcomes.

Led by Alan T. Tita, MD, PhD, of the University of Alabama, Birmingham’s Department of Obstetrics and Gynecology and the Center for Women’s Reproductive Health, the CHAP researchers sought to establish data on the target of a blood pressure of <140/90 mmHg for pregnant women with mild chronic hypertension, and the occurrence of adverse pregnancy outcomes associated with such care.

There is consensus to treat pregnant women with severe hypertension, but for women with mild chronic hypertension (typically defined as a blood pressure of <160/110 mm Hg), it is unclear whether antihypertensive medication should be withheld until the blood pressure rises. is serious or to continue the patient's previously established therapy, ”they wrote.

Tita and colleagues observed the composite primary outcome events in 30.2% of women in the active treatment group, compared with 37.0% of women in the control group, who had an adjusted risk ratio (RR) of 0.82 (95% CI, 0 , 74 – 0.92) indicates; P <.001). Treated women also performed better through the occurrence of the following outcomes:

“It has been determined that 14 to 15 patients will need to receive active treatment to prevent one primary outcome event,” investigators wrote. “There were no significant differences between groups in the safety outcome of newborns who were under either the 10th percentile or the 5th percentile for gestational age weight.”

In an editorial accompanying the CHAP data, Michael F. Greene, MD, and Winfred W. Williams, MD, of the Departments of Obstetrics and Gynecology and Medicine at Massachusetts General Hospital, discussed the growing burden of hypertension in pregnant women highlighted.

“The rate of hypertension during pregnancy has risen steadily over 5 decades, in parallel with the strongly associated covariates of a maternal age of more than 35 years and the presence of overweight or obesity, factors present in 55.9% of women who gave birth. in 2019, ”they wrote. “In addition, hypertension is more than twice as common in black women as in white women.”

Although they warned the “relatively large” number of secondary outcomes observed in the CHAP trial warranted further interpretation, findings showing a reduced risk of progression to severe hypertension with early-initiated antihypertensive therapy are consistent with growing literature .

“The most exciting finding in this trial (possibly the result of the large enrollment) is the apparent reduction in the incidence of various measures of preeclampsia in the active treatment group, findings not observed in eight previous randomized trials, including CHIPS,” they wrote. “… If the results are confirmed in subsequent studies, such outcomes will be a compelling reason to change the clinical practice recommendations regarding the treatment of mild hypertension during pregnancy.”

The study, “Treatment for Mild Chronic Hypertension During Pregnancy,” was presented at ACC 2022.