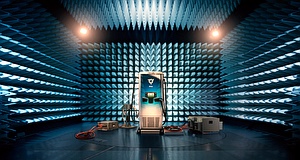 The facility is expected to house up to six production lines for the company’s DC fast chargers and is capable of producing over 30,000 units annually: while also creating more than 500 new jobs in the region over the next five years.

All chargers produced at the facility are expected to comply with the Federal Highway Administration’s Buy America Actrequirements for domestic sourcing, Tritium says.

Tritium’s DC chargers will form part of the US Federal government’s $US65 billion ($A91.2 billion) infrastructure investment for upgrades to the country’s electrical supply grid, EV supply chain, and nation-wide EV charging station network which will see a network of 500,000 EV chargers positioned along major highways from coast to coast.

The networks is intended to facilitate short- and long-distance EV travel by providing “convenient charging options” to “encourage the electrification of transportation across the country”, US President Joe Biden said at the time.

Tritium’s US expansion is part of a global trend bringing what the company says is “fast EV charging solutions to the masses”.

Production is expected to commence at the Tennessee facility sometime in Q3 of 2022, expanding the company’s global impact beyond the more than 3.6 million high-power EV charging stations across 41 countries that it has already provided.

Tritium expects to announce expansion of its European manufacturing capacity, through expansion of existing facilities or establishment of new facilities, in 2023.

“Tritium’s investment in a US-based, cutting-edge facility for manufacturing is part of our strong push toward global growth in support of the e-mobility industry,” Tritium CEO Jane Hunter said.

“We are thrilled to work with the US Federal government and the State of Tennessee on this initiative. With the help of the hard-working residents of Tennessee, we expect to double or even triple our charger production capacity to further our product distribution throughout the United States,” she added.

Ms Hunter, who joined President Biden at the White House last week, said her company decided to invest more heavily in its US operations after a recent surge in demand that followed the passage of the Biden administration’s EV charging infrastructure package last year.

Tritium listed on the Nasdaq exchange in January (2022) and said it plans to move some senior executive positions from Australia to the United States as parts of its “expanding focus”.

US President Joe Biden said the plant would set off a “ripple effect” that benefits employment and the environment, and that charging electric vehicles across the United States will soon be “quick and easy”.

The Road to Recovery podcast series