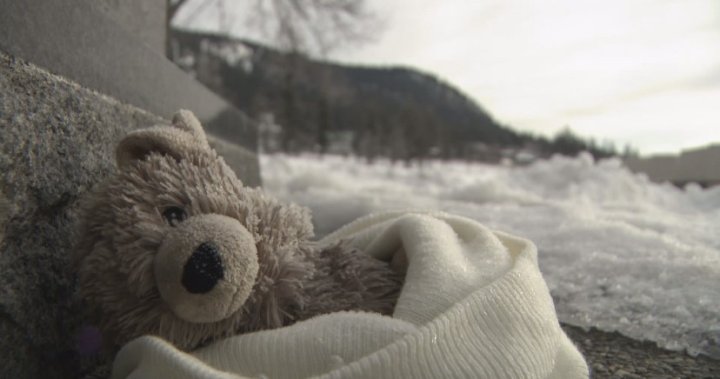 WARNING: This story contains disturbing subject matter that may upset and excite some readers. Discretion is advised.

The Williams Lake First Nation (WLFN) is scheduled to host Prime Minister Justin Trudeau this week, just two months after it announced the findings of its preliminary investigation into a possible unmarked burial near a former residential school and encounters by Indigenous children. exposed unimaginable abuse. was obliged to participate.

“The WLFN will welcome the Prime Minister and his team to the Sekwepemak area next week,” the nation confirmed in a statement to Global News last week.

On January 25, Kúkpi7 (Main) Wiley Sellers held a news conference to announce the preliminary sweep of the former site of St. Joseph’s Mission Residential School, which detected 93 “reflections” or anomalies in the ground, potentially Shows burial sites. The investigation into whether the “images” contain human remains is ongoing.

Kúkpi7 Sellers, whose father was forced to attend the institution, told reporters to continue searching the land around residential schools across Canada, to identify lost children and the crimes committed against them. Demanding accountability will require a national approach.

“An individual task force in each province may be a good start, but it is not a criminal investigation that we can lead in the WLFN,” he said in an interview with Global News at the time, adding that the provincial and federal governments approved. Tk’emlúps te Secwe̓pemc gave the nation a request for funds to conduct its own investigation soon after the announcement of 215 potentially unmarked burials near the former Kamloops Indian Residential School last May.

2:35
Reflecting on the trauma of the survivors of Williams Lake Residential School

Reflecting on the trauma of the survivors of Williams Lake Residential School – January 27, 2022

There is a cemetery on some land of the torn St. Joseph’s Mission Residential School, now privately owned, run by the Oblates of Mary the Immaculate.

A 470-hectare area was identified as a target for investigation through survivor interviews in the summer of 2021, and a 14-hectare section of that plot was mapped using a variety of methods, including remote-sensing technology and ground-penetrating radar. was scanned.

‘I remember’: survivor of BC residential school speaks out after discovery of potential burial sites

Kúkpi7 Sellers said the children suffered systematic torture at the facility, and she hopes to remind politicians every time an announcement is made to remind them and continue to stand with the indigenous communities that carried out those investigations. is kept.

“This visit has led our investigative team into the deepest abyss of human behavior,” he said at a press conference on January 25.

“Not only have our team recorded stories of murders and disappearances of children and infants, they have heard countless stories of systematic torture, starvation, rape and sexual assault of children at St.

Trudeau responded on social media that day, saying on twitter“Today’s news from Williams Lake First Nation brings a lot of disturbing emotions to the surface. My heart breaks for the members of the community and for those whose loved ones have never come home.”

Today’s news from Williams Lake First Nation brings a lot of disturbing sentiment to the surface. My heart breaks for the members of the community, and for those whose loved ones never came home.

The prime minister last came under criticism for holidaying in Tofino on Canada’s first National Day for Truth and Reconciliation, while several invitations from the Tk’emlúps te Secwe̓pemc leadership to visit the community and the site of the unmarked burial in spite of. Trudeau later apologized during a visit there in October following a public backlash.

His scheduled visit to the Williams Lake First Nation comes the same week as an Indigenous delegation, made up of members from across Canada, including two members from B.C., with Pope Francis to discuss residential school trauma and reconciliation. are in Vatican City, including a Pope. Forgiveness

An estimated 150,000 Indigenous children were forced into residential schools in Canada. More than 60 percent of the schools were run by the Catholic Church.

Previous calls for an apology have gone unanswered, including the last indigenous delegation meeting with Pope Benedict in 2009. But those calls have been strengthened over the years, especially since the Tk’emlúps te Secwe̓pemc announcement last May led to a national count on residential. school.

As one of its 94 recommendations in 2015, the final report of the Truth and Reconciliation Commission called on the Pope to issue an “apology for the role of the Roman Catholic Church in the spiritual, cultural, emotional, physical and sexual abuse of the First Nations, Inuit”. urged. , and the children of Metis in residential schools run by Catholics.”

Pope Francis has committed to visiting Canada as part of efforts to advance reconciliation, but a date has not been set. It could happen this summer.

Many residential school and inter-generational survivors say this visit, along with a meaningful apology, is key to healing.

The Indian Residential School Crisis Line (1-800-721-0066) is available 24 hours a day for anyone experiencing pain or distress as a result of their residential school experience.

Does Public Speaking Make You Nervous? Here are 10 secrets that will help you pull it off like a pro

Daniel Baldwin: Alec Baldwin is the target of Rust