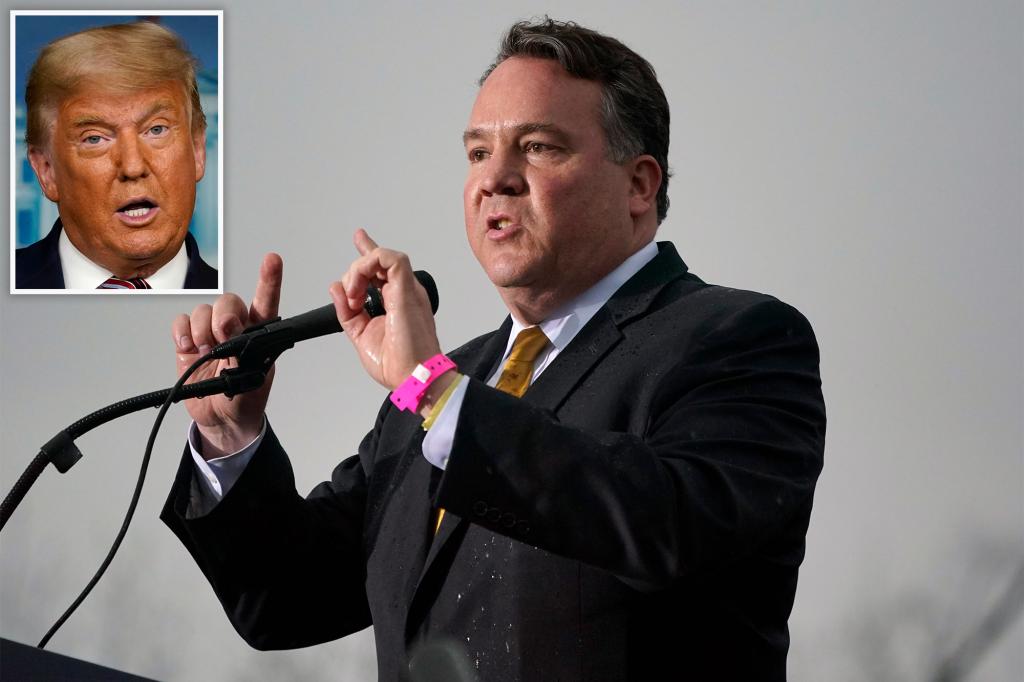 McKinley was sharply criticized by former President Trump when he broke with his party as one of 13 Republicans to vote with the Democrats to support President Joe Biden’s $1.2 trillion infrastructure bill. Trump called McKinley a RINO, or “Republican in Name Only” and endorsed McKinley the day Biden signed the infrastructure law.

The two incumbents, who have taken dramatically different approaches to their time in office, were pitted against each other in the state’s 2nd Congressional District after population losses cost West Virginia a US House seat.

West Virginia’s election was the first of five primaries in which two incumbent US House members will compete against each other. It will be followed by similar contests in Georgia and Michigan and in two Illinois districts.

The race was expected to be one of the most-watched on the day’s ballot. The primary came on the heels of a victory by Trump-endorsed conservative JD Vance, author of the bestselling memoir “Hillbilly Elegy,” who defeated six other candidates to win the Ohio Republican primary for the US Senate last week.

Earlier in the night, Trump-endorsed incumbent US Rep. Carol Miller breezed to the Republican nomination in West Virginia’s 1st District, defeating four little-known candidates and setting herself on a clear path to reelection.

Miller will vie for her third term in the House in the fall against Democrat Lacy Watson, who was unopposed in the Democratic primary. Watson, of Bluefield, lost in the 2020 Democratic primary in the former 3rd District.

The vote count was underway in Nebraska, where voters will nominate candidates to fill the seat abandoned by US Rep. Jeff Fortenberry, a Republican who resigned from office and ended his reelection bid after he was convicted of lying to federal authorities about an illegal campaign contribution. Fortenberry’s name will still appear on the ballot for the 1st Congressional District because he withdrew after a deadline to certify the ballot, but Sen. Mike Flood, a former speaker of the Nebraska Legislature, appears to have the advantage over five other Republican candidates.

Read Also:  Huge increase in the number of children hospitalized due to COVID-19

In the rural, geographically vast 3rd Congressional District, Republican US Rep. Adrian Smith faces a challenger but is expected to win his party’s nomination. Two Democrats are vying for their party’s nomination within the district, which is overwhelmingly Republican.

Mooney enters the general election as a heavy favorite to win. West Virginia hasn’t elected a Democrat to Congress since 2008.

At Christmas in England, thousands of people line up for jingle jabs