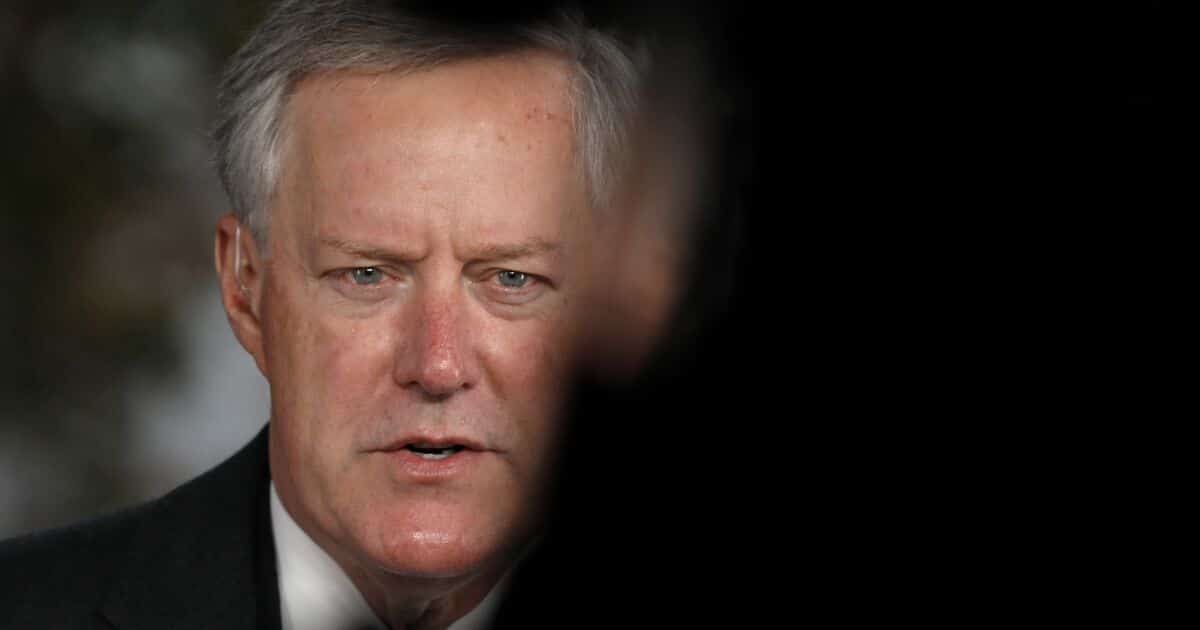 Former US President Donald Trump’s (2017-2021) chief of staff, Mark Meadows, is to testify before a grand jury on efforts to overturn the results of the 2020 presidential election in the state of Georgia, where Democrat Joe Biden won.

In a ruling issued Tuesday, the South Carolina Supreme Court denied Meadows’ request to refrain from testifying and forced him to testify before the Atlanta, Georgia grand jury probing the case.

The five justices of the court, after reviewing the arguments presented, agreed that Meadows’ petition lacked merit.

Graham filed a petition before the United States Supreme Court to avoid appearing before the Atlanta jury, but the nation’s highest court overturned his effort.

The case comes under an investigation in Georgia into whether Trump and others, including Meadows and Graham, lobbied political representatives in that state regarding the 2020 election results.

Trump denounced without evidence a massive election fraud that gave Biden the victory, and a crowd of Republican supporters stormed the Capitol on January 6, 2021, to prevent ratification of the Democrat’s victory.

In Georgia and other US states, special grand juries cannot issue criminal indictments, but they do have the power to subpoena witnesses and subpoena documents in a process that takes place in secret.

At the end of its mission, this type of jury, made up of between 16 and 23 people, issues a report with its findings and sometimes recommends certain measures, but it is up to the prosecutors to Charge or not, something for which they will be required to present evidence before another grand jury.