Tunisen, general leader of the Vuelta a Espana after the second leg 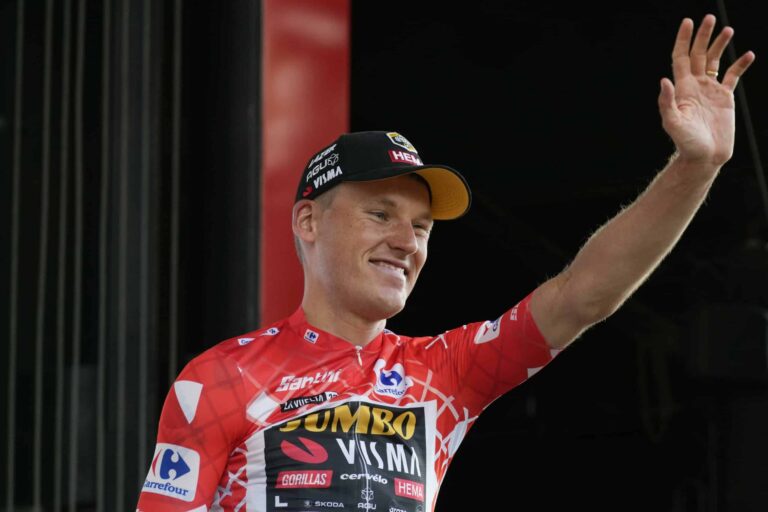 ULTRECHT, Netherlands ( Associated Press) – Dutch fans were in for a surprise on Saturday after Mike Tunisson seized the overall leader’s red jersey and Ireland’s Sam Bennett won the final sprint of the second leg of the Vuelta a Espana.

Defending champion Primoz Rogic was near the top of the standings, as was Ecuador’s Richard Carapaz.

Tunisen finished fourth in the final sprint and became the second Dutchman to lead the overall standings when his Jumbo-Visma teammate Robert Gesink was on top after the first leg.

“That wasn’t really the plan. I’ve been saying for days that we’re here to help Primos.” “This morning people startled me and said that if everything went according to plan and Primos was safe in the last three kilometres, we would see if he could cross the mint first. In my country, all these people cheer. Also, it will definitely be great for me and for the whole world.”

Bennett knocks out Mads Pedersen and Tim Merlier at the finish line for their first Grand Tour stage win since the 2020 Vuelta.

“I knew I was going to get it again, that it was just a matter of getting the right foot back,” Bennett said. “I am very satisfied with my level, but I think this experience and my teammates made the difference today. Maybe tomorrow will be another day for the sprint, and we will face it with the same hunger for victory.

“I knew I’d do it again, it was just a matter of getting my feet up,” Bennett said. “I’m happy with my level, but I think the experience and the boys made the difference. Tomorrow there will probably be another sprint. We will approach with the same enthusiasm.”

Roglic is trying to win a fourth consecutive title at the Vuelta, which has never been achieved. He finished in the main pack and fourth in the general classification at the same time, behind Sam Omen, Edoardo Fini and Tunison. Carapaz also recorded the same time point for 20.

Roglic showed no signs of physical discomfort that affected him in preparation for the Vuelta. The Slovenian only tries to match the Spanish Roberto Heras (2005, 2003–05) as a four-time champion.

The first three phases are held in the Netherlands following the coronavirus pandemic’s plan to hold the Vuelta in the country two years ago.

The third stage will be a flat route that ends with a sprint.