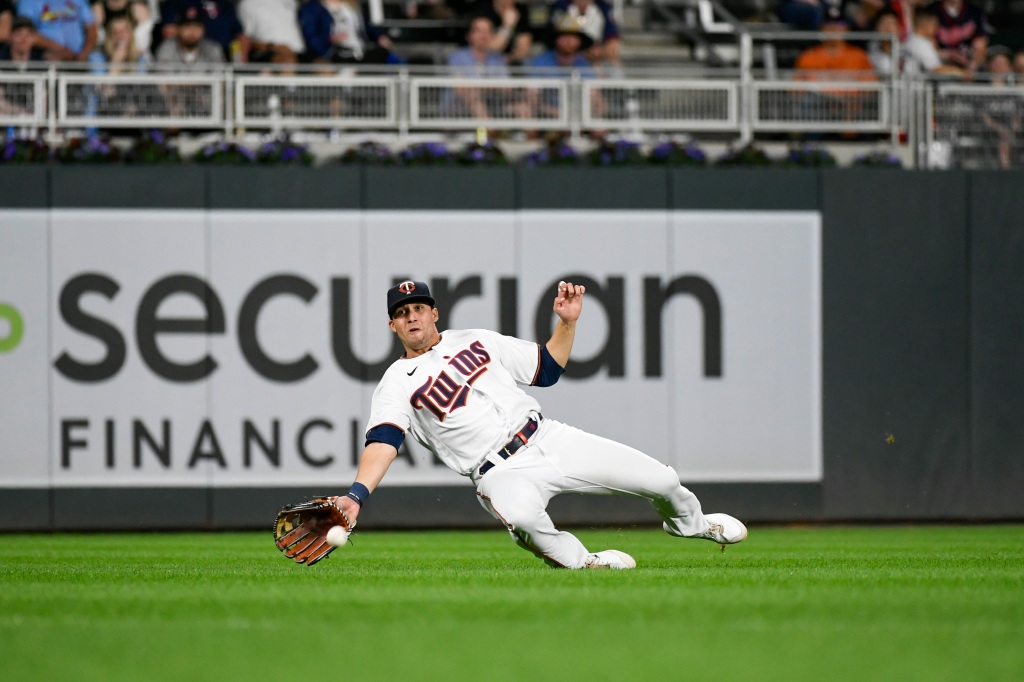 Twins outfielder/first baseman Alex Kiriloff has hit the OK since returning from a 10-day injury list due to pain and swelling in his right wrist since May 7. .333 (4 for 12). The 2016 amateur draft said he is still adjusting to hitting after surgery aimed at easing wrist pain.

“Overall, I can swing,” he said before Friday night’s game against the Cleveland Guardians at Target Field. “I think I can be effective, but I still feel like I’m in a transition period to figure it out after surgery.”

Kirilloff had season-ending surgery last July and returned to spring training, but didn’t have a single extra-base hit in 32 plate appearances in 10 games through Thursday. He had received a cortisone shot in his wrist on April 14.

The issue, he said, is “a joint where the cartilage has moved too much,” causing the bones to rub together. Doctors cut some of it to make room, he said, but he still feels it sometimes.

“I still feel optimistic,” he said. “I think it feels better than it did before the shot, so all I can do is keep up with what I’m doing in the training room and continue what I’m doing with my rehab. Hopefully that it will fix itself.”

Kiriloff said he was introduced to another corrective procedure called an ulnar shortening osteotomy, which literally shortens cysts to prevent bones from meeting. First he said, doctors have to break the bone.

Read Also:  The Dolphins secured a victory in the season and beat the Patriots rivals in the final

“The time frame for that is huge for recovery,” he said. “I really hope it doesn’t reach that far.”

After a COVID outbreak among coaching staff members forced a postponement in Chicago on Wednesday, the Guardians played without manager Terry Francona on Friday and fired one of their best hitters, Josh Naylor, for COVID-19. Placed on the injured list.

The Guardians scrambled to put together a coaching staff from healthy major league coaches and some minor league staff. Pitching coach Carl Willis, who won the World Series with the Twins in 1991, is the executive manager. When asked who would manage if he was kicked out, Willis laughed.

Falling somewhat under the radar during a Twins double-header on Thursday was his move to put starter Chris Paddack on his 60-day injured list. The right-handed batsman has been out with a swollen elbow since playing just 2⅓ in the 4-3 win over Oakland on May 8.

Paddack, 26, declined to be interviewed on Friday.

“We’re still working through some of the opinions on the medical side as far as what’s the right course of action at this point,” Baldelli said. “It could certainly be a surgical set of circumstances and all that. But, we still don’t know exactly what we are dealing with. I think we have a great idea, but I think we’re still gathering opinions.”

Read Also:  Champions League Winning Coach Cites Tom Brady As Example of Sports Longevity: "We Want to See, In Their Prime, Messi and Cristiano Ronaldo Playing All The Time"

The Twins were hoping right-hander Dylan Bundy could be activated from the COVID injury list and start against the Guardians on Saturday. That won’t happen, Baldelli said.

Instead, the team would call a pitcher from St. Paul to start, possibly against Cleveland’s perfect Shane Bieber (1–2, 4.13 ERA).

Bundy was placed on the COVID list along with infielder Luis Arrez. Baldelli got it too, and he and Arrez returned on Thursday. It’s been tough on Bundy, the manager said.

“Physically, he just needs some time to get back to work,” Baldelli said.

outfielder kyle garlicHope, on the 10-day injured list with a strain on his left calf, began a short rehab assignment in St. Paul on Friday. Baldelli said that if all goes well, Garlick could join the squad to travel to Oakland and be in the lineup against the A’s left-hander on Monday. Zach Log, …right handed cole sandsWho played two innings as the Twins’ 27th man in Thursday’s 5-0 loss to Houston, was placed in the Saints’ seven-day IL with a groin strain.