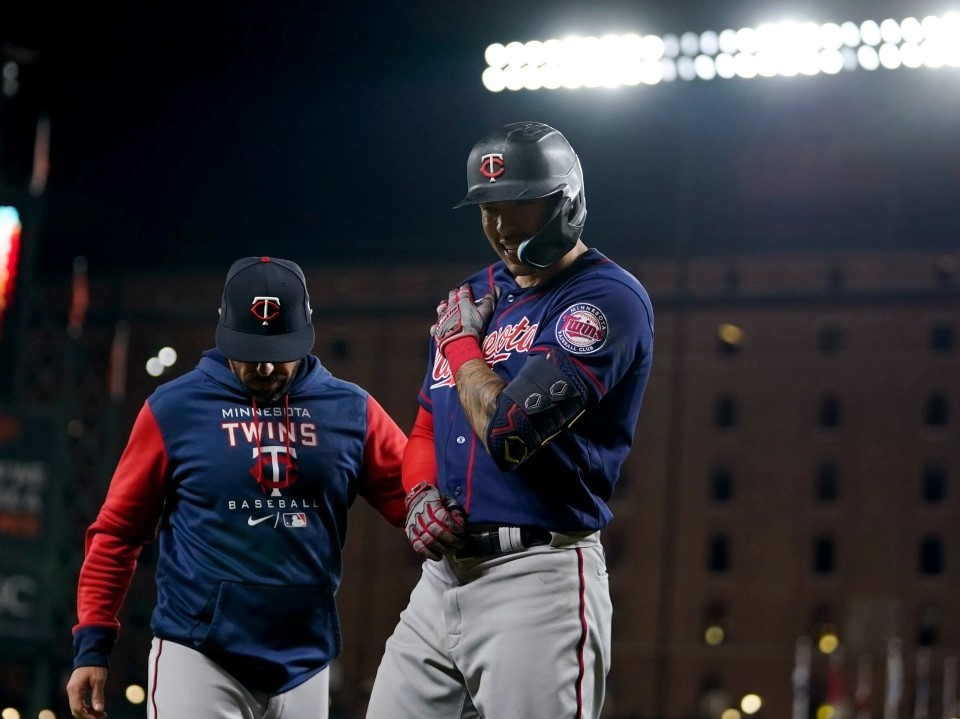 BALTIMORE – The Twins lost a ballgame to the Orioles on Thursday.

Oh, and their manager, one of their top hitters, a starting pitcher — at least for a while — and, potentially, their star shortstop.

On a day when twins Rocco Baldelli, Luis Arrez and Dylan Bundy tested positive for COVID-19, Carlos Correa was also hit twice on the arm for the second time, knocking him out of the game.

The twins are calling it a right middle finger injury to Korea, who will be imaging when the team returns to Minnesota.

And after all of that, they saw a tie game open in the eighth inning, as Austin Hayes and Ryan Mountcastle collided with back-to-back solo home run rookie reliever Joan Duran, giving the Twins a 5–3 loss at Oriole Park. had to face. Camden Yards.

Read Also:  New Dolphins coach Mike McDaniel addresses beaten topic of his race: 'I identify as a human being'

Minnesota ended its road swing through Tampa Bay and Baltimore with four wins in seven games, but the journey was anything but smooth sailing for the twins, who would leave Baldelli, Arrez and Bundy behind in quarantine.

Also during the visit, the twins learned that first baseman Miguel Sano would need surgery to repair a torn meniscus – he underwent successful surgery in New York on Thursday morning – seeing top prospect Jose Miranda for the first time and Duran as Saw in, who has what looks like a near future, put off to save his first career.

The Twins only briefly took the lead on Thursday – after Byron Buxton hit his eighth home run of the season, a two-run shot into left-center field in the fifth inning.

Read Also:  'Time to start winning a few games': After losing to Bengals 41: 21, the Ravens are running out of time

That lead was shattered at the bottom of that innings as Caleb Thielbar handed a single home run to Jorge Mateo, and the Twins never saw another lead.

All five runs scored by the Orioles came via single home runs. In addition to two durans and one Thielbar allowed, starter Chris Archer dropped a pair in his four innings of work.

Prayagraj: IG prohibits use of loudspeaker from 10 am to 6 am