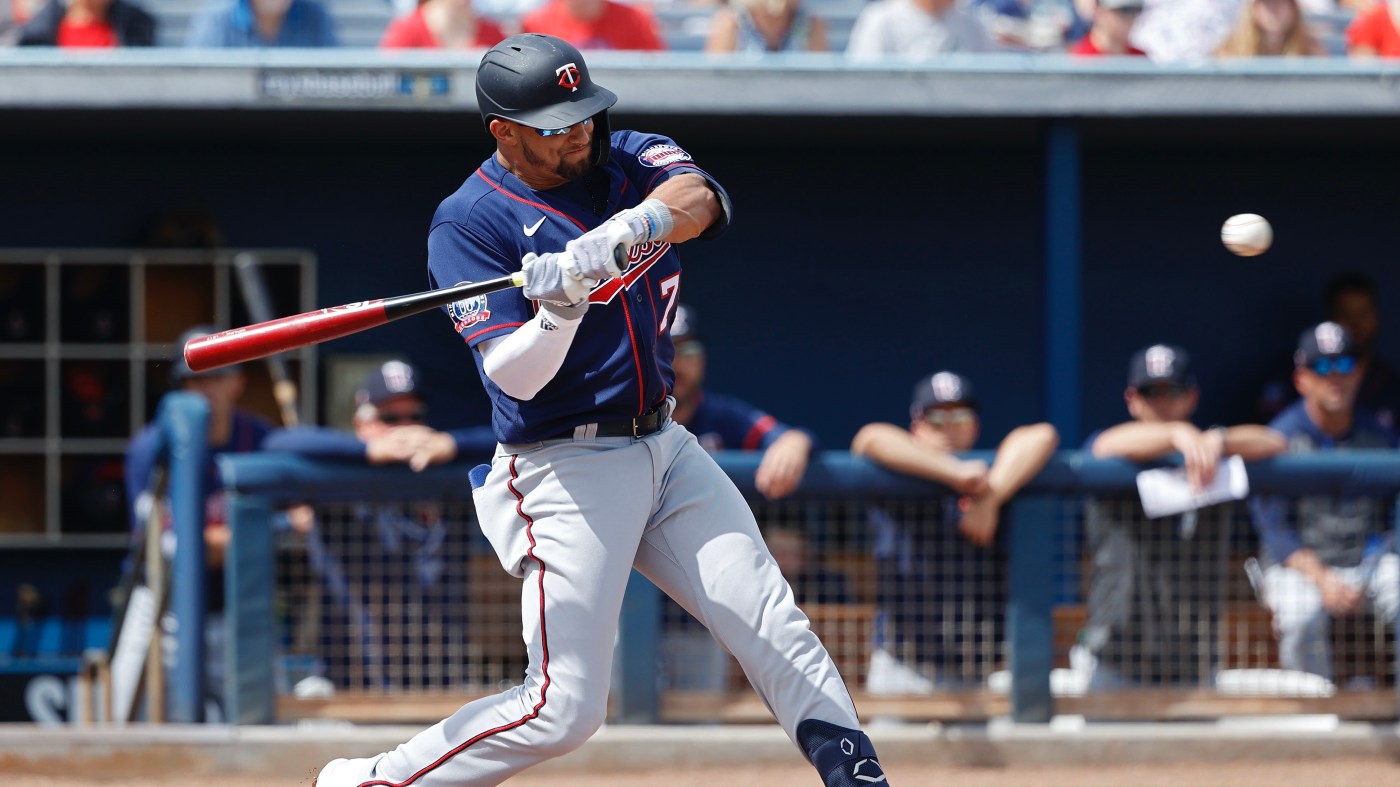 Across town from Target Field, of course, but the Twins’ top prospect, the No. 1 overall pick in the 2017 draft, will be in the Twin Cities nonetheless, beginning his season with the Triple-A Saints. Lewis was optioned on Saturday, part of the Twins’ second round of cuts.

“Just for where his development is, where he’s at, probably some of the work he’s put in and the way he’s been able to come back physically and confidence-wise from the injury … (Triple-A is) just where we thought he fit best and what was best for him,” manager Rocco Baldelli said. “The decision is going to be made by what’s best for the player. That’s really the question, and we think it’s him going to Triple-A and starting his season there.”

Lewis missed all of the 2021 season rehabbing and recovering from an anterior cruciate ligament tear in his right knee and subsequent surgery. The year before that, though the minor league season was wiped out, Lewis was in St. Paul, training at the Twins’ alternate site at CHS Field.

Lewis, 22, has never appeared above Double-A, hitting .231 with a .649 OPS in 33 games for the Pensacola Blue Wahoos in 2019, his last minor league assignment. Baldelli said Lewis has “seemed like a little kid,” this spring, excited to get back out on the field and into game action.

“It’s important that he settles in and physically, the psychological part of the game, he’s ready to go out there and play every day, or close to every day, get a bunch of at-bats and make up for some lost time. But you’re not going to do that in a day or a week. You’re going to do that by stacking at-bats on top of each other and making adjustments all over again,” Baldelli said.

“All four guys today that we sent out, we had very productive conversations with them. They’re all ready to go,” Baldelli said. “They all said exactly what we wanted to hear — they’re optimistic about their seasons and they’re ready to work, and that’s all you can do in this game, just prepare in the right way and be ready to go.”

Byron Buxton put on a vintage display on Saturday at CoolToday Park against the Braves, making a nice leaping catch in center field, showing off his speed while racing to second on a leadoff double in the fourth inning and adding a two-run home run later in the game. The center fielder is hitting .357 this spring.

“We got a pretty good lock at all the things that Buck can do,” Baldelli said. “He seems to present a lot of these things in the same game often. … That’s what being a great player is and today was another one of those days and he did a lot of it — well, he did all of it, in five innings.”

non-roster invite Tim Beckham, who is hitting .444 this spring, left Saturday’s game late with an injury after singling. Baldelli said Beckham suffered a lower-extremity injury and they will assess him again in the coming days. … Baldelli said Brent Rooker (right shoulder strain) is doing well but the team is going to give him another day or two before he restarts baseball activity.