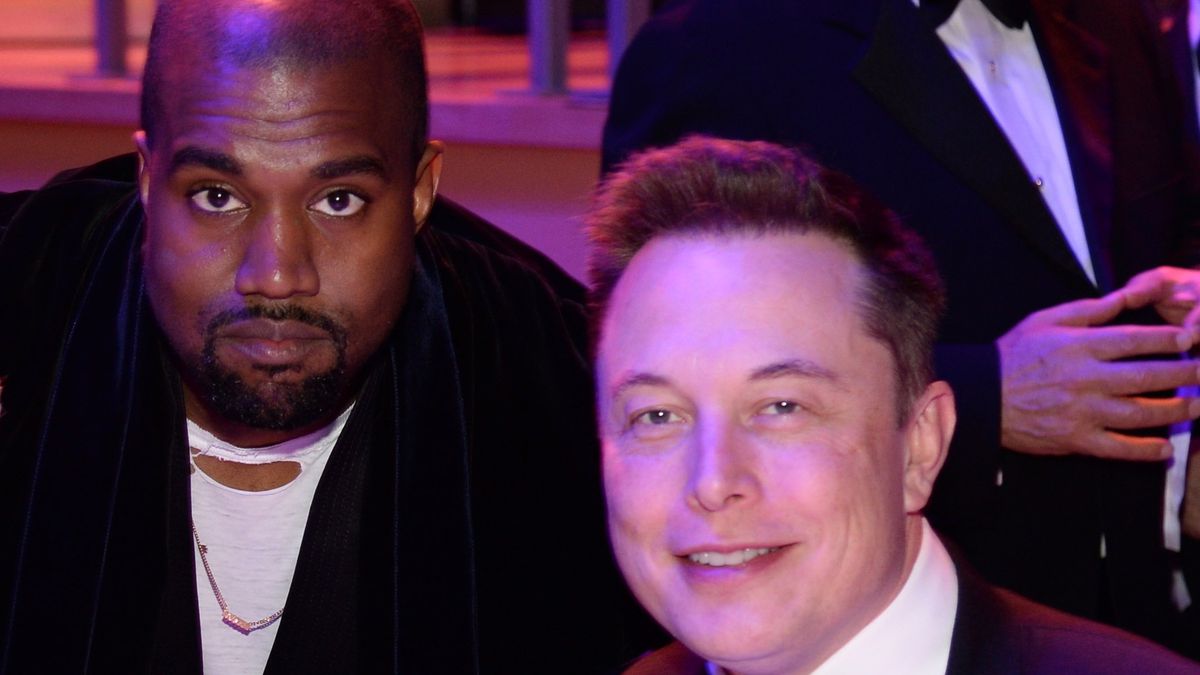 Twitter this Friday suspended the account of Ye, formerly known as Kanye West, after the American rapper published an image showing a swastika and the Star of David, announced by the social network’s owner Elon Musk . This is the first suspension of a high-profile account by Twitter since it was bought by the Pretoria (South Africa)-born tycoon with his speech of “absolutism of freedom of expression”.

“Just clarify that your account was suspended for inciting violence”, Musk has indicated in response to a tweet from West, who has increasingly come under fire over his anti-Semitic comments. The revelation comes hours after the singer said in an interview on the program Infowars, presented by American conspiracy theorist Alex Jones, who likens the figure of Adolf Hitler. “Of this kind [Hitler] Who invented highways and who invented the microphone that I use as a musician, you can’t even say he’s ever done a good job and I’m tired of it. I am tired of categorization”, he expressed. “There are many things I like about Hitler. A lot of things,” he said.

Just clarifying that his account is being suspended for inciting violence, not the photo of Ari flirting with me.

To be honest, I found those pictures to be helpful motivation to lose weight!

It is the second time in less than two months that Twitter has blocked the musician and designer’s account for violating the social network’s rules by sharing anti-Semitic posts. In October, Instagram also decided to restrict his content. The controversial tweet that cost him a new suspension from the social network is the latest in a series of provocations that have recently featured Kanye West. In early October, the artist wore a white surrealist T-shirt to a Yeezy show and was photographed with pro-Trump commentator Candace Owens, prompting Will Smith’s son Jaden Smith to walk out of the event in disgust.

After pressure received by thousands of people on the network, Adidas broke off cooperation with the West for his anti-Semitic speech, despite the fact that his Yeezy line brings him billions of dollars annually. The German sporting goods maker fell more than 4% on the stock market and announced an immediate loss of 250 million euros. As a result of the dismissal, the same rapper is no longer a billionaire. American clothing chain GAP has also ended its relationship with the rapper, as well as other brands the rapper has collaborated with. On the other hand, this week he announced a divorce settlement from his wife of seven years, Kim Kardashian, who must pay him a $200,000 a month alimony to support their four children.

Last October, West said he was preparing to buy the controversial conservative-oriented social network Parlour, something similar to what former US President Donald Trump has done, taking refuge in his network Truth Social. However, what was announced as an agreement in principle was in fact a negotiation that did not succeed.

“In response to several inquiries from the media, Parliament Technologies [propietaria de la red] “Wish to confirm that the company has mutually agreed with Yeh to terminate the intended sale of Parlour.” announced this on Thursday After the controversy over Kanye West’s statements. However, Parler assured that “the decision was made in mid-November in the best interests of both parties.” “Parlor will continue to seek opportunities for future growth and platform development for our vibrant community”, he concluded.

Kanye West has gotten Trump into trouble by showing up for dinner at his Mar-a-Lago mansion with Nick Fuentes, a 24-year-old known white supremacist and anti-Semite. Which has earned him all kinds of criticism from the former president. The Republican leader in the Senate, Mitch McConnell, said at a press conference on Tuesday: “There is no place in the Republican Party for anti-Semitism or white supremacism. Anyone who meets people who hold that view, my views than, has little chance of being elected President of the United States.”

Trump justified himself on Truth Social, saying that he had agreed to invite Kanye West at his insistence and that the rapper introduced himself to Fuentes, whom he did not know. “I help a guy with serious problems, who happens to be black, he (Kanye West), who’s finished in his business and pretty much everything else, and who’s always been nice to me, with a meeting allows his request for Mar-a-Lago, alone, so I can give you some much-needed “advice”. He appears with three people, two of whom he hasn’t met, and the other is a politician. Whom I haven’t seen in years. I told him not to contest, it’s a waste of time, he can’t win,” he wrote in a message. “We had a great time, he didn’t express any anti-Semitism,” he added in another.

In late November, Musk announced Trump’s reinstatement on Twitter following the results of a poll conducted on the social network by the tycoon himself. On January 6, 2021, the former president was permanently suspended for the risk of inciting violence following the attack on the Capitol. However, Trump expressed his intention to remain on Truth Social.