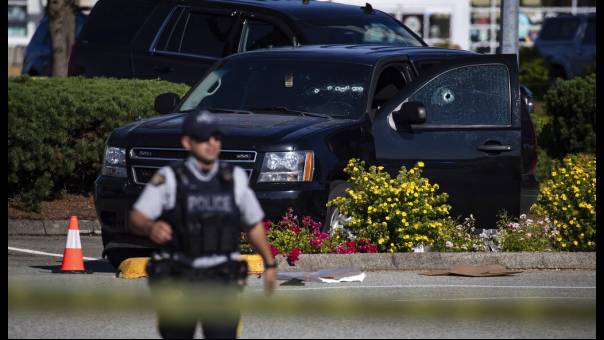 Vancouver, KOMPAS.TV – A gunman on Monday (7/25/2022) shot at homeless people on the outskirts of Vancouver, Canada.

In addition, the suspect injured two other people before being killed by police bullets.

The Royal Canadian Mounted Police said emergency response teams found the suspect not far from where one of the men was shot in the leg. During the conversation with the police, the accused was shot and was declared brought dead on the spot.

Chief Superintendent of Police Ghalib Bhayani said the authorities did not know the motive behind the shooting or whether the perpetrator had any links with the victims.

Such attacks are rare in Canada, where it has strict gun laws.
“Apart from the man with a leg wound, a woman was also injured and her condition is critical,” police said. The Associated Press.

The shooting shook Langley, a city of about 29,000 people located about 48 kilometers southeast of Vancouver. The city has a variety of shops and restaurants and approximately 142 hectares of gardens. Many residents moved to Langley for cheaper housing.

Ambulances and police vehicles gathered in a mall after the firing started. The area was cordoned off with yellow police tape and the main square was closed. A black tent was set up at a crime scene.

There were at least seven bullet holes in the windshield of an unmarked police car at one of the shooting locations and a hole in the driver’s window.

The deadliest gun attack in Canadian history occurred in 2020 when a man disguised as a police officer shot people and burned down their homes in the province of Nova Scotia. 22 people died in this attack.

The country changed its gun control laws in 1989 after an assailant killed 14 women and himself at Montreal’s Ecole Polytechnique College.

Canada: Gunman kills two people before being shot by police in Vancouver