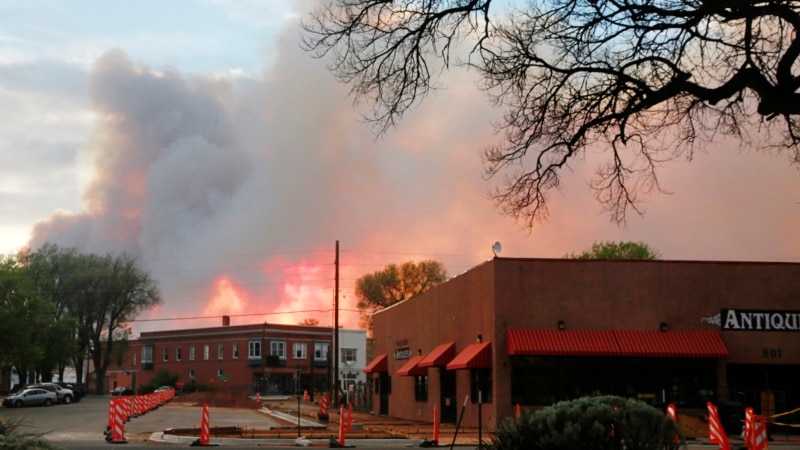 Federal investigators announced Friday that two fires that have merged to create the largest wildfire in New Mexico history have both been traced to burns determined by US forest managers as preventive measures.

The findings could have implications for the future use of scheduled fires to limit the build-up of dry vegetation amid a US Forest Service moratorium on the exercise. They can also affect complex discussions related to emergency aid and liability for fires that spread over 1,260 square kilometers (486 sq mi) and destroyed hundreds of structures.

The two fires joined in April, causing a massive fire in the Sangre de Cristo range at the southern tip of the Rocky Mountains.

One of the fires was first detected on 6 April, when a set burn set by firefighters to clear small trees and brush, which could have sparked wildfires, was declared out of control.

On Friday, investigators said they had tracked the remnants of a scheduled winter fire to the source of a second fire that had been dormant through several snow storms to re-erupt last month.

Investigators said the scheduled “pile burn” began in January at Gallinas Canyon in the Santa Fe National Forest outside Las Vegas, New Mexico, and ended in the last days of that month. Forest Service investigators found that the fire was reported again in the same area on April 9 and escaped control 10 days later amid dry, hot and windy conditions.

Scientists and forest managers are racing to develop new tools to predict burning behavior set in the midst of climate change and a permanent drought in the American West. The purpose of scheduled fires is to limit the accumulation of wood and underbrush, which, if left unattended, can lead to extremely hot and devastating wildfires.

Governor Michelle Lujan Grisham called the results of the investigation “a first step toward the federal government taking full responsibility” for the New Mexico wildfires in a statement. He highlighted his pending request to instruct President Joe Biden to pay 100% of the costs related to a wide range of recovery efforts to the Federal Emergency Management Agency.

Forest Service Chief Randy Moore last week announced a 90-day pause and reviewed protocols for scheduled fires that limit the build-up of flammable vegetation that can lead to extremely hot and uncontrollable wildfires. He did not specifically link the review to the fires in New Mexico.

“It will also ensure that the burn program scheduled across the country is anchored in the most contemporary science, policies, practices and decision-making processes, and that employees, partners and communities have access to this vital resource in the face of the wildfire crisis.” The support is necessary to continue using the equipment, the agency said in a statement Friday.

In January, Santa Fe National Forest activists began burning through a series of piles over an area of ​​1.5 square kilometers (0.6 sq mi) after activists advised the public about the potential smoke hazards.