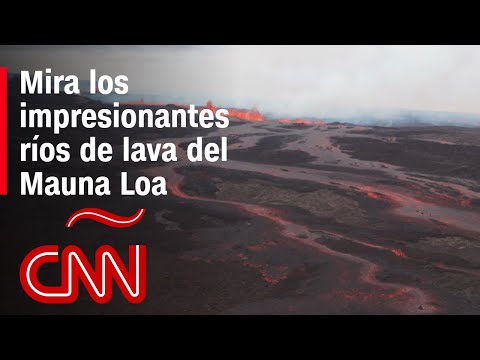 Mauna Loa, the world’s largest active volcano in Hawaii, erupted on Sunday and so did Kilauea.

LOS ANGELES, Dec. 1 (Xinhua) — Two volcanoes on the island of Hawaii are erupting simultaneously for the first time in nearly 40 years, with lava pouring toward a major highway on the largest island of the US Hawaiian archipelago.

it is Mauna Loa’s first eruption since 1984The US Geological Survey said, noting that Mauna Loa Volcano Alert Level Raised to Alert/Red.

The massive volcano, which covers half the island of Hawaii, is one of the most active volcanoes on Earth, having erupted 33 times since its first well-documented historical eruption in 1843. Hawaiian Volcano Observatory (HVO),

Hawaii Emergency Management Agency tweeted on Wednesday that “there is still no immediate threat to populated areas mauna loa eruption“, since the lava is still about 5.6 kilometers from the Daniel K. Inouye Highway and “it moves very slowly.”

However, local media reported a “very high probability” of the lava reaching the highway, eventually closing a major route on the Hawaiian Islands, citing Ken Hone, the scientist in charge of the HVO.

Kilauea volcano, the youngest volcano And in the extreme southeast of the island, located about 40 kilometers east of Mauna Loa, it has been erupting since September of last year.

since 1952, Kilauea has erupted dozens of times, From 1983 to 2018 its eruptive activity was almost continuous along the eastern rift zone of the volcano. According to the HVO, a summit eruption that began within Crater Halema’uma’u In September 2021.

Hawaii Governor David IgeTuesday signed an emergency proclamation related to the Mauna Loa eruption, but noted in a tweet that the island of Hawaii is still open to visitors, “and the volcano is safe for remote viewing.”

Hawaii Volcanoes National Park It remains open, with some roads and trails closed due to volcanic hazards. The park noted that the new eruption “is expected to attract an influx of visitors hoping to see a rare double eruption of the Kilauea and Mauna Loa volcanoes.”

Park officials said no eruption currently threatens local homes or infrastructure and urged visitors to stay tuned for updates on closures, safety alerts, air quality and other information, including links to webcams, HVO and eruption updates. Check the park’s webpage.