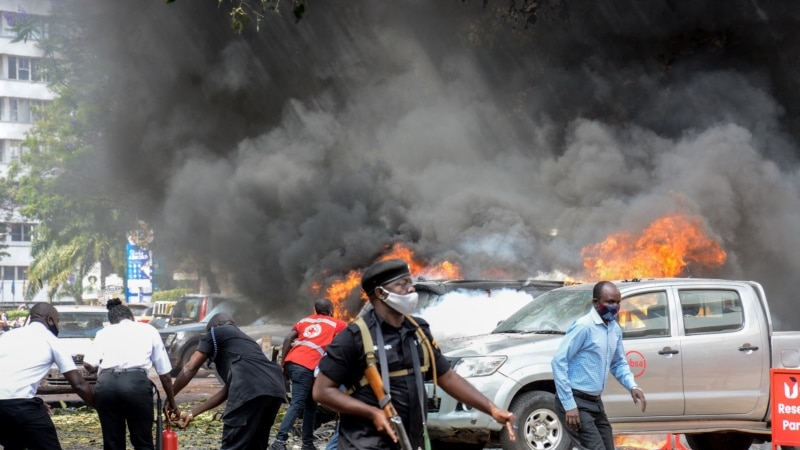 Uganda on Thursday charged 15 people, including terrorism and aiding terrorism, over their alleged role in the bombings in the country’s capital and elsewhere in October and November that killed at least six.

Early on 16 November, a suicide bomber blew himself up at the entrance of a police station in the center of Kampala. Three minutes later, two suicide bombers detonated equipment on the side of the road leading to Parliament.

At least four people were killed and dozens injured in those bombings.

Two other bombings in October killed at least two people, one at a restaurant and another on a bus.

Islamic State, which is affiliated with the rebel Allied Democratic Forces (ADF), has claimed responsibility for the November 16 attack and restaurant attack.

According to a chargesheet seen by Reuters, among other charges, 15 people “deliberately and illegally manufactured, distributed, possessed and detonated an improvised explosive device … to intimidate the government or the public.”

Originally a Ugandan group, the ADF has operated in the dense forests in the eastern Democratic Republic of the Congo across the border with Uganda for more than three decades. The group began killing civilians in large numbers in 2014.

Attacks in October and November prompted the Ugandan army to deploy to eastern DRC in late November to deal with Islamist fighters.

The accused have been taken on remand till January 13, when they will be produced in the court again.