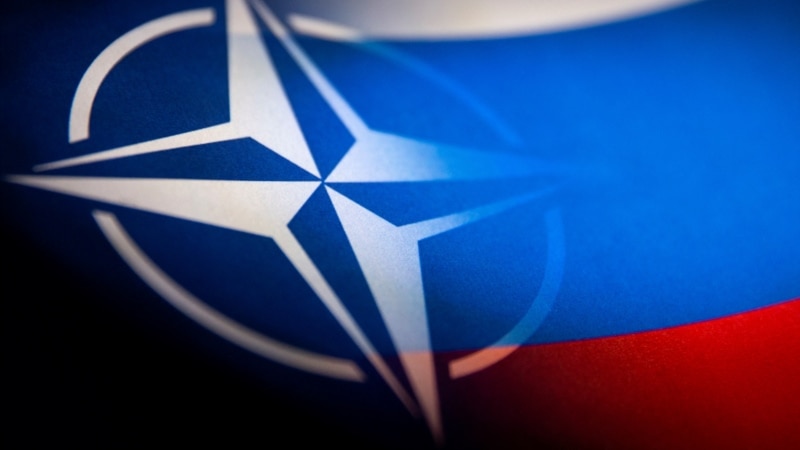 Ukraine’s leader and his defense and security aides are assessing Russian leader Vladimir Putin’s intentions differently from many of their Western counterparts. Are they just more stoical after eight years of persistent Russian provocations and a long-running war in eastern Ukraine—or are they misreading their Russian adversary?

Washington and London have both warned the chances are high that Putin will order an invasion of Ukraine. US President Joe Biden has been warning for weeks of the “distinct possibility” Russia might invade Ukraine next month, and he repeated the point Thursday in a phone discussion with Ukraine’s Volodymyr Zelenskiy, according to the White House.

Britain’s defense secretary, Ben Wallace, says he is “not optimistic” a Russian incursion into Ukraine can be stopped. He told the BBC while visiting Berlin there was still “a chance” an invasion could be halted, but added, “I’m not optimistic.”

Russia denies it is preparing to launch a major assault on Ukraine, accusing Western powers of alarmism. The Kremlin insists the more than 100,000 troops it has deployed along Ukraine’s borders are just taking part in exercises.

But Zelenskiy appears to suspect Moscow will do something short of launching a full-scale invasion and more likely will continue to wage the highly sophisticated form of psychological and hybrid warfare it has been using against Ukraine and Europe with growing intensity for the past decade and more .

The Ukrainian president has been calling for calm ahead of Wednesday’s meeting among officials of Ukraine, Russia, Germany and France — known as the “Normandy format” — to discuss once again the Donbass region of eastern Ukraine, nearly half of which has been occupied since 2014 by Russian soldiers and armed local proxies.

Asked at a news conference Friday for foreign media about the different assessments and of a possible rift with Biden, Zelenskiy cited his concerns over Ukraine’s economy, saying that talk of an imminent invasion is adversely affecting the economy. “For me, the question of the possible escalation is not less acute as for the United States and other partners,” he said.

But he and the media was giving the impression we have an army in the streets and “that’s not the case.” And he said Ukraine doesn’t “need this panic” because it is damaging the economy. “We may lose the current economy,” he added.

The Ukrainian leader pointedly took the issue last week when the United States, Britain, Canada and Australia announced evacuations of personnel from their embassies. Zelenskiy and his aides expressed frustration, saying the withdrawal of some diplomatic staff was premature.

One official told VOA the evacuations undermined efforts to calm the fears of ordinary Ukrainians. The United States and Britain also have told their nationals to leave Ukraine.

According to Ukrainian officials, Zelenskiy has broached the issue of evacuations with US officials, including US Secretary of State Antony Blinken, saying the withdrawal of staff is an “overreaction” and something Russia can exploit to sow fear and to destabilize.

Aside from worries about the economy and Ukrainian morale, though, Kyiv appears to be at odds with Washington and London over Putin’s strategy, as well as over how near he is to completing a military buildup that would allow him to launch a full throttle invasion.

According to Ukraine’s foreign minister, Dmytro Kuleba, Russia doesn’t have enough troops in place to mount a full-scale invasion. He told reporters this week, “The number of Russian troops massed along the border of Ukraine and occupied territories of Ukraine is large, it poses a threat to Ukraine, a direct threat to Ukraine, however, at the moment, as we speak, this number is insufficient for a full-scale offensive against Ukraine along the entire Ukrainian border.”

Some independent Ukrainian analysts agree with Kyiv’s assessment that a full-scale invasion isnt likely. “I don’t believe there will be a full-scale military invasion,” said Taras Kuzio, an analyst at the Henry Jackson Society, a London-based research group, and a professor at the National University of Kyiv Mohyla Academy.

“In that sense, I agree with Ukrainian military officials,” he said in a recent British television debate. “There aren’t enough troops there. Ukraine is a huge territory. It has the third largest army in Europe. And if you’re working on the basis of a three-to-one ratio of invading versus defending armies, which is the number you need to be successful, then Russia would need 500,000 to 600,000 troops to overcome Ukraine. It doesn’t have that, and it’s not projected to have that.”

Kuzio believes it is more likely Russia may mount an incursion around the Black Sea coast and expand on territory it holds in the Donbass region.

Ukrainian officials admit privately they are caught somewhat in a quandary. They need Western military assistance and material—from anti-tank rockets to surface-to-air missiles—and they need the West to be strong, to stand up to Putin and to deter Russia from any kind of attack, limited or otherwise. But they don’t want to talk up the threat, wreck their economy and panic their people. It is a fine line they’re walking, several officials told VOA.

Western officials say they have to be ready for all eventualities and they don’t want to be caught wrong-footed, as they were in 2014 when Russia annexed Ukraine’s Crimean Peninsula. Russia then encouraged and assisted armed proxies to seize part of the Donbass in the wake of a popular uprising that toppled Ukrainian President Viktor Yanukovych, a Putin ally.

That means, they say, reinforcing NATO’s military presence in eastern Europe, in neighboring NATO countries, and making sure everyone understands the stakes are high. “Putin is unpredictable and any gaps he sees he will jump through; any weakness, he will exploit,” a senior NATO official told VOA.