Ukraine-Russia crisis: What to know as NATO eyes Russia move 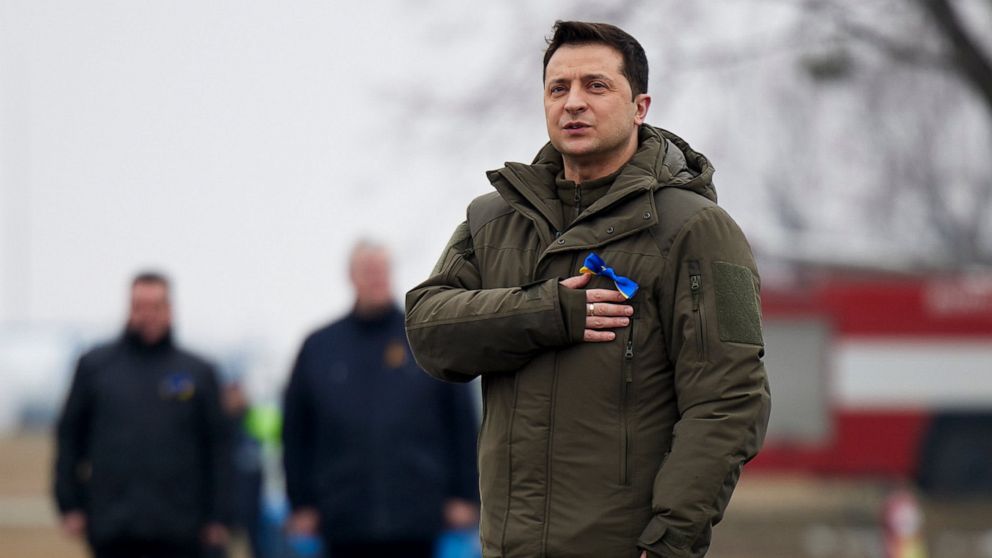 LONDON — Fears among Western governments that a Russian invasion of Ukraine is imminent have eased, but not disappeared. Diplomatic efforts to avert war got new energy this week after President Vladimir Putin said Russia was willing to discuss security issues with NATO, and Russia said it was withdrawing some of its troops gathered near Ukraine’s borders.

The United States and its allies have welcomed the diplomatic overture, but say they have seen little evidence of a military de-escalation.

US President Joe Biden said late Tuesday there were 150,000 Russian troops massed to the north, south and east of Ukraine, and Western officials said an invasion could still happen at the drop of a hat.

NATO defense ministers are meeting in Brussels as the West tries to deter an invasion — one Russia insists it has no intention of starting.

Here’s a look at what is happening where and why:

Russia’s Defense Ministry has announced that some units participating in military exercises will begin returning to their bases, a statement welcomed as “a good signal” by German Chancellor Olaf Scholz. But it wasn’t immediately clear where exactly these troops were deployed or how many were leaving.

The Defense Ministry released footage of a trainload of armored vehicles leaving Crimea, which Russia annexed from Ukraine in 2014. The ministry said the movement was part of a return of forces to their permanent bases.

But NATO Secretary General Jens Stoltenberg said the military alliance had “not seen any withdrawal of Russian forces.” British Defense Secretary Ben Wallace said “it’s too soon to tell” whether the pullback is genuine.

“We’ll take them at their word, but we’ll judge them by their actions,” he said.

The Kremlin dismisses claims it is planning an invasion and has accused Western countries of hysteria. Moscow’s ambassador to the European Union, Vladimir Chizhov, told the German daily newspaper Welt that “there won’t be an attack this Wednesday. There won’t be an escalation next week either, or in the week after, or in the coming month.”

Western officials say that even if an invasion is not imminent, Russia could keep troops massed near Ukraine for weeks, turning the military buildup into a protracted crisis.

WHAT IS NATO DOING?

Defense ministers from NATO member nations are meeting in Brussels to try to bolster the deterrence side of its twin-track deterrence and diplomacy strategy for Russia.

Stoltenberg said NATO would “convey a very clear message to Russia that we are ready to sit down and discuss with them but at the same time, we are prepared for the worst.”

Stoltenberg said Russia’s positive message about diplomacy “provides some grounds for cautious optimism,” but the concentration of Russian forces “contradicts the message of real diplomatic efforts.”

NATO has ruled out sending troops to fight Russia in Ukraine, which is not a member of the Western alliance. But hundreds of American, British and other NATO troops have been sent to bolster the defenses of Eastern European member countries, including Poland and the Baltic states that fear they may be Russian targets.

Moscow accuses NATO of moving ever closer to Russia’s borders. A key Russian demand is that Ukraine drop its ambition to join NATO. The alliance says Ukraine must have the freedom to make its own choice.

Britain’s Wallace said Ukraine was in the “pipeline” for NATO membership, but “there’s no plan for Ukraine to move to the next stage” any time soon.

WHAT IS THE MOOD IN UKRAINE?

President Volodymyr Zelenskyy declared Wednesday as a “day of national unity” in Ukraine. He called on citizens to display the blue-and-yellow national flag and to sing the national anthem in the face of “hybrid threats.”

Meanwhile, a cyberattack that knocked out the websites of the Ukrainian army, the defense ministry and major banks on Tuesday appeared to be ongoing. Russia has denied involvement, and there was no indication the relatively low-level, distributed-denial-of-service attacks might be a smokescreen for more serious and damaging cyber mischief.

WHAT IS HAPPENING IN RUSSIA?

Putin, who has had tense meetings with French President Emmanuel Macron and Germany’s Scholz in recent weeks, will likely have an easier time when he meets authoritarian Brazilian President Jair Bolsonaro in Moscow.

Associated Press Writers Vladimir Isachenkov a in Moscow, Yuras Karmanau in Kyiv, Ukraine, Sylvie Corbet in Paris, Lorne Cook in Brussels and Frank Jordans in Berlin contributed to this report.

Follow all Associated Press stories on tensions over Ukraine at https://apnews.com/hub/russia-ukraine.